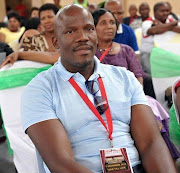 The High Court in Pretoria is set to view and make a determination on close-circuit television footage of several locations visited by North West businessman Wandile Bozwana and his partner on the day of his murder in October 2015.

A large screen has been erected in the packed GC courtroom to beam the footages that the prosecutor‚ advocate Jeniffer Cronje‚ believes are “relevant and real evidence”.

She said the footages captured the movements of Bozwana and his lover‚ Mpho Baloyi‚ who was wounded in the hail of bullets fired at the Renault Clio she was driving with Bozwana in the passenger seat.

Judge Papi Mosopa is on Monday expected to make a ruling on the admissibility of the footages as evidence once they have been viewed in court.

The duo was ambushed at a traffic light on the Garsfontein off-ramp of the N1 highway in Pretoria.

Bozwana died at the Unitas Hospital.

The accused in the case are taxi bosses Sipho Patrick Hudla‚ 34‚ Matamela Robert Mutapa‚ 40‚ and Bonginkosi Paul Khumalo‚ 36 - who are in custody - and Pretoria businessman Reginald Mathibela‚30‚ who is out on R50‚000 bail. They have pleaded not guilty.

Baloyi‚ Bozwana’s lover and business partner‚ told the court in her evidence in chief that on that fateful day they had had a manicure and pedicure at a salon in Sandton.

“Wandile also had his hair trimmed. He was constantly on his phone‚ going in and out of the salon‚” she said. Baloyi testified they had also had lunch at McDonald’s in Greystone Avenue in Sandton before heading to Pretoria. She said they sat by the door of the fastfood outlet.

The CCTV footage to be shown in court is believed to have captured these movements‚ with one footage sourced from the Garsfontein off-ramp where the couple was ambushed.

The duo had stopped at the traffic light on the N1 Garsfontein off-ramp when a BMW M3 pulled up next to them and a man got out and opened fire. Bozwana‚ 43‚ was hit at least nine times. Baloyi was hit twice.

Among those in the public gallery are men who appeared to be bodyguards in black suits and red ties. They were seen following one of the accused‚ Mathibela‚ as he walked out of the courtroom talking on his cell phone during the lunch adjournment.