WATCH | Man robbed at gunpoint after returning home from airport 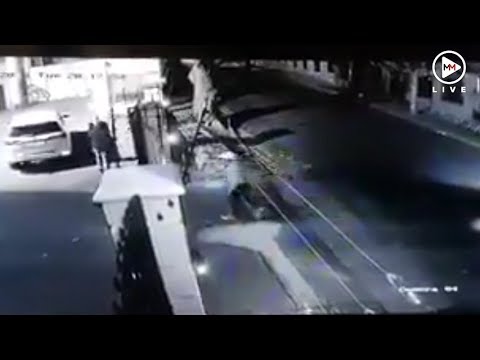 A man was robbed at gunpoint in Auckland Park on Tuesday night after returning home from the airport.

CCTV footage shows the white SUV pulling into the house. Moments later a vehicle screeches to a halt outside and a man runs in to stop the gate closing. Along with his accomplice, they argue with the driver who eventually disappears off camera as the criminals escape with luggage and valuables.

Brixton police spokesperson Jeanette Backhoff told the Northcliff Melville Times that a case of armed robbery had been opened. The criminals stole a suitcase and briefcase from the car's boot before fleeing in a silver Toyota Corolla Quest.