Image: Supplied Approximately 20 people have been injured in an plane crash north of Pretoria on July 10, 2018.

One person was killed‚ the two pilots critically injured and a passenger suffered a double amputation in an airplane crash north of Pretoria late on Tuesday afternoon.

Emer-G-Med Chief Operating Officer Jurgen Kotze said the pilots were being transported to the Netcare Milpark Hospital in Johannesburg.

Paramedic Xander Loubser from BestCare Ambulance Service confirmed the crash happened about 1km east of the N4 in Derdepoort and about 8km east of the Wonderboom Airport.

“There are critical patients‚” Loubser said. 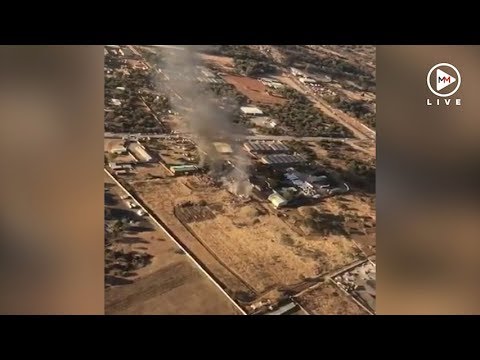 ER24 spokesman Russel Meiring said that ER24 paramedics‚ along with several other services‚ were on the scene treating and triaging the injured.

“Paramedics are treating the patients and will thereafter transport them to a nearby hospital for further treatment‚” Meiring said.

Civil Aviation Authority (CAA) spokesperson Kabelo Ledwaba said their investigators were on their way to the crash.

According to Brandt‚ the plane was repainted in “the classic Martinair scheme for its imminent departure to its new home at the Aviodrome Lelystad in the Netherlands”.

Editor's Note: This story has been updated to reflect the correct number of dead, injured.