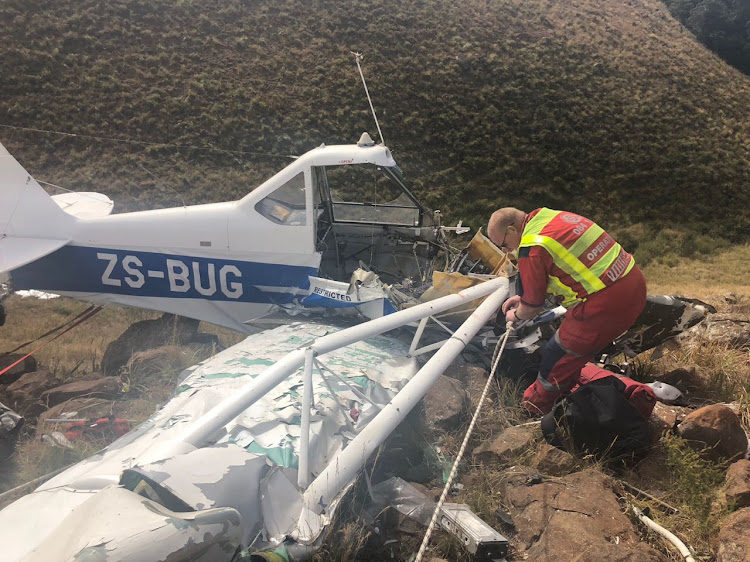 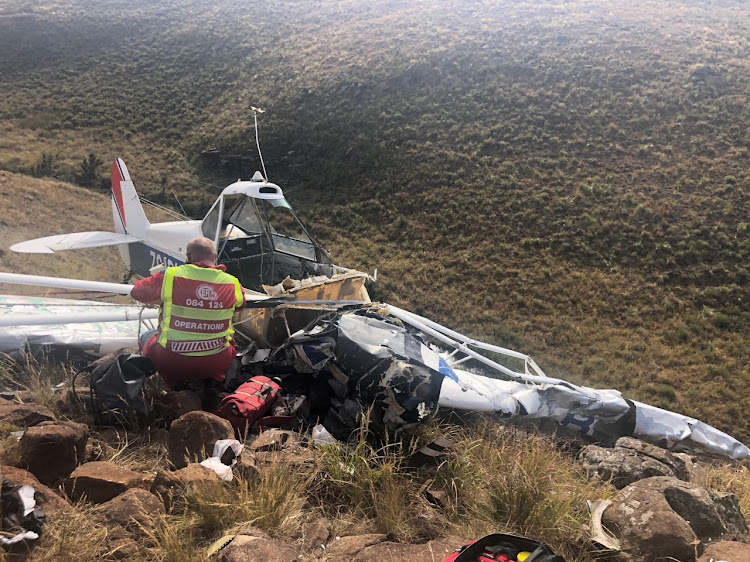 A pilot is fighting for his life in a Durban hospital after a light aircraft ploughed into the side of a mountain in the KwaZulu-Natal midlands on Monday morning.

The pilot of the light aircraft‚ which had been spraying crops in the agricultural zone‚ had been trapped in the twisted wreckage of the aircraft for well over an hour.

“The terrain on the hillside was very difficult so ambulances were not able to get to the scene of the crash. Medics did eventually get the man and they started treating him while he was stuck in the wreckage‚” he said.

Herbst said that medics used hydraulic rescue tools to cut the man from the wreckage.

“The local fire department had used the jaws of life to free the man‚ at which point he was stabilised on the hillside before he was airlifted by the Black Eagle Aviation helicopter.”

The man was flown to the Netcare Umhlanga Hospital where he remains in a critical condition.

Nelson Mandela Bay emergency officials are on the scene of a light airplane crash in the Baakens Valley.
News
4 years ago

A plane crashed and embedded itself into the sand on a beach on the KwaZulu-Natal south coast on Saturday morning.
News
4 years ago

Search operations for a pilot and his light aircraft that disappeared over KwaZulu-Natal last week have been de-escalated‚ police said on Sunday.
News
4 years ago