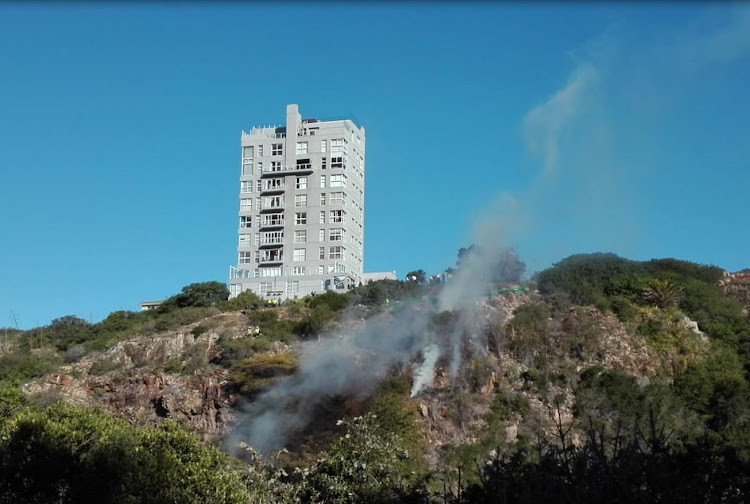 A plane crashed into the cliffs along Baakens Valley on Monday afternoon.
Image: Werner Hills

Nelson Mandela Bay emergency officials are on the scene of a light airplane crash in the Baakens Valley.

According to eyewitnesses‚ the plane crashed at about 2.15pm on Monday.

Emergency Medical Services head in Nelson Mandela Bay‚ Brenhan Metune‚ confirmed the accident‚ but said it was difficult to access the crash site.

“We are awaiting a situation report‚” he said.

JUST IN | We've received reports of a light plane crash in the Baakens Valley near South End. Emergency officials are on the scene. This is a developing story. 📹 Eugene Coetzee

One woman described how she saw the aircraft flying low before crashing into cliffs along the Baakens Valley near the block of flats where she lives.

The woman‚ who wished to remain anonymous‚ said the plane crashed at about 2.15pm.

“A light aircraft came from the sea side low into the valley‚ even lower into the valley where the cliff is‚ and shortly thereafter we heard an explosion and then saw the flames‚” the woman said.

Another resident‚ on the Park Drive side of Baakens Valley‚ said: “I saw a large white shape pass my window out of the corner of my eye and then heard the crash.

“It glided past without making a sound.”

The details around the crash‚ including how many passengers were on board‚ are unclear.