Image: Thulani Mbele/Sowetan The man accused of raping a child at a Dros restaurant in Pretoria appeared in the Pretoria Magistrate's Court on October 2 2018.

A crowdfunding initiative established to help pay for therapy for the seven-year-old girl who was allegedly raped at a Dros restaurant in Pretoria had‚ by Friday morning‚ raised R111‚000.

"Having spoken to the family representative (on Thursday) morning‚ we understand how much this means to them during a very difficult time in their lives. And although financial means won’t minimise their pain‚ we hope it will have a positive impact on them going forward."

Groenewald said the organisation was grateful for the pledges that were flowing in.

"We have been overwhelmed by the support the people of South Africa have given to a cause that has touched us all in different ways‚" he said. 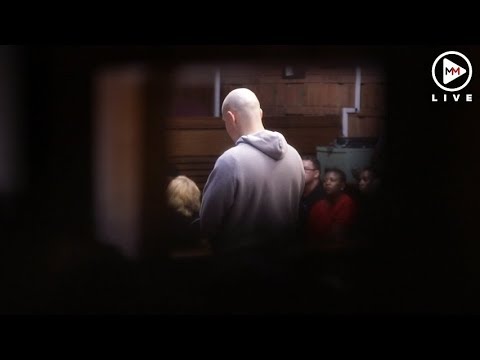 While the majority of donors were locals‚ the organisation said it had received a few international donations.

One generous donor pledged R31‚000. The campaign was started by individuals who preferred not to be named. BackaBuddy said it would strictly manage the funds.

"We process payouts every month or we pay directly to the family‚ doctor or relevant practitioner‚" Groenewald said‚ noting that some people were wary of donating to such initiatives.

"People can be very sceptical‚ but we are a small team that checks everything with a fine toothcomb‚" he said. The man accused of raping the girl in the eatery's bathroom is expected to make his second court appearance on November 1.

He faces charges of rape‚ possession of drugs and assault with intent to cause grievous bodily harm.