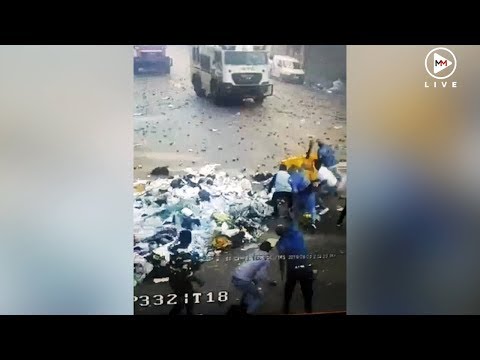 Police were pelted with rocks in the Johannesburg inner city on Sunday after a raid to seize counterfeit goods.

Gauteng police spokesperson Brig Mathapelo Peters said the officers were confiscating counterfeit goods at the Madiba Building on the corner of Jeppe and Von Wielligh streets when they were attacked.