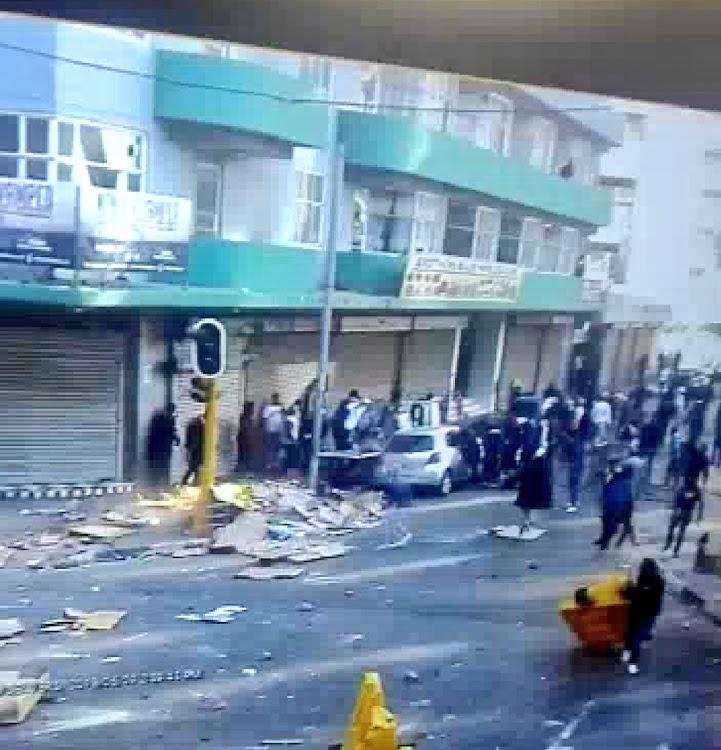 Police were pelted with rocks and other objects after a raid to seize counterfeit goods in the Johannesburg inner city on Sunday.

Gauteng police spokesperson Brig Mathapelo Peters said officers from the SA Police Service (SAPS) and Johannesburg metro police department (JMPD) and brand owners were confiscating counterfeit goods at the Madiba Building on the corner of Jeppe and Von Wielligh streets when they were attacked.

"While no law enforcement members sustained injuries, an unconfirmed number of police vehicles were damaged and barriers set alight.

"Police will remain on the scene to ensure that no further violence erupts."

"We cannot allow such lawlessness to go unpunished."

⚠️ALERT⚠️
Situation at Jeppe & Delvers Str in the InnerCity is volatile. This is following an earlier operation by the Police confiscating counterfeit goods. The road is barricaded with burning garbage & debris. @JoburgMPD & @SAPoliceService POPS are on scene pic.twitter.com/W6eHuSzDmV

Motorists have been warned to stay off the N3 between Johannesburg and Durban after dark, as deadly attacks on foreign truck drivers surge.
News
2 years ago

Please Mr President, ending the tyranny of violence must be your top priority

Dear President Cyril Ramaphosa, we congratulate you and welcome your new cabinet to office. As concerned academic and civil society leaders, we call ...
Opinion & Analysis
2 years ago

Seven people have been arrested during a violent protest at the municipal offices in Atteridgeville, west of Pretoria, police said on Tuesday.
News
2 years ago