IN QUOTES | Nicholas Ninow on Dros rape: 'I'll never be able to fix what I did' 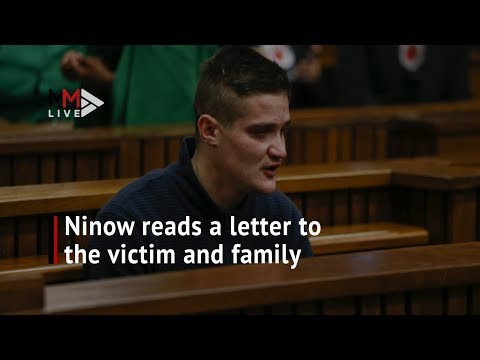 Dros rape accused Nicholas Ninow is testifying at the Pretoria high court before he is sentenced for raping a seven-year old girl at a Dros restaurant in Pretoria in September 2018.

Here's his testimony in eight quotes:

“At the time, I didn't really care about anything. I was high for a few days so nothing really mattered to me, I was doing things with impulse and not really thinking about consequences. I guess I was angry and in that state, I made a mistake and I intentionally went out in that moment with that girl and I intentionally did those things to her.”

I was in a dark place

“My regret came to me too late. My regret came to me and I realised there was no emotion attached. I was angry. I was full of hatred, I was in a tough place in my life. Sober minded I would have never done such a thing to anyone, never mind a little child.”

“All my history of fights and violence had been caused by drugs and alcohol. It's been a part of my life, practically my entire life.”

I started using at a young age

“The first time I used, if you consider marijuana as a drug, I was about 12. The first time I consumed it was with a bunch of older friends. But my first encounter with chemicals was with my mother. I was 13 years old.”

“I finished my eight months in rehab, they believed I was ready to go out. After I left, it must have been three months later, I fell straight back into using again but it felt good being clean at the time.”

“I'd given up on my life and believed what everyone was saying that I'm a worthless nobody. I believed them, even the inmates said the same thing. I get judged by inmates and guards in prison. I feel that I've lost at such a young age, that there is no turning back, there's no fixing it, so some days I give up.”

I apologise to my son and grandmother

“I want to apologise to my son. He was born while I was in prison. I know how it's like growing up without a father. My grandmother is my idol, she is my role model and my entire life she's been showing me things that I couldn't see myself. She's always made me see the better parts of me.”

Apology to the victim

“Words can never describe how I feel. I would never be able to fix what I had done. She may never forgive, or forget the pain I would leave and for every regret, she'll awaken once again from the same bad dream [poem].”