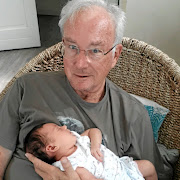 Image: Supplied Professor Peter Beale has withdrawn from an award ceremony which was to be hosted by Gauteng paediatricians in honour of their peers. He is facing investigations for the deaths of eight children and the maiming of 11 others.

Organisers of a ceremony recognising the work of Gauteng's paediatric doctors have announced that embattled surgeon Prof Peter Beale has withdrawn from the awards.

Beale, who is under investigation for the deaths of eight children and for allegedly maiming 11 others, was to have been honoured on Saturday night at the event in Johannesburg.

Along with inquests being conducted into the deaths of the children, he is also under investigation by the Health Professionals Council of SA and is the subject of a Netcare Hospital Group peer review.

The annual event, which would have seen seven doctors receiving certificates and awards, is organised by medical staff working in the paediatric field.

The awards are to be bestowed on orthopaedic surgeons, neurosurgeons and gynaecologists and paediatric surgeons.

Beale, responding via WhatsApp to questions from TimesLIVE on why he withdrew from the ceremony, said: “Ongoing uninformed ignorant trial by media — Hosken. I was not aware of an award or media involvement but appreciate recognition from medical colleagues [sic]”.

Organiser Dr Lucia Singh said via WhatsApp: “Beale will not be attending our event”.

In a follow-up telephonic interview she said Beale, and other doctors, had pulled out of the event.

“This was not a Beale function. He was a guest, who was invited three months ago. He, along with most of the doctors who would have attended, has now declined to come.”

She said she was a promoter of peace and the country.

“This country needs good news and peace. There is no forgiveness or love or peace. Just [people] who want to keep grudges.

“This doctor has done four decades of [good] work.”

News of the ceremony angered many of the parents whose children have died or were maimed.

Attorney Sinen Mnguni, who represents 19 families of children who either died or were maimed after Beale operated on them, said while they welcomed the withdrawal it was “too little too late”.

“It has caused great upset among the parents of the children. It is tantamount to spitting in the face of the parents who have lost or had their children injured as a result of what they claim is negligence by the doctor.”