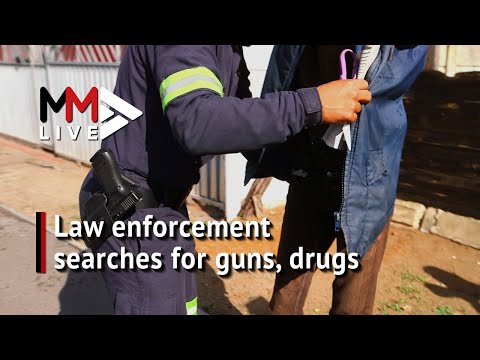 Since the end of May 2020, Cape Town officials say gang activity has intensified, especially shootings and drug-peddling.

“The start of the lockdown was quiet,” said Cape Town's mayoral committee member for safety and security JP Smith. “We weren't seeing a lot of these shooting incidents but I think over time, either as gangsters were placed under pressure of not having an income or because new gangsters were being released back on the streets or for whatever reason, the past two weeks has been constant,” he said.

Smith says metro police and law enforcement have confiscated 14 guns in the past two weeks during raids in hotspot areas.

We went for a ride with a City of Cape Town law enforcement unit as they searched for weapons and drugs on the streets of Bonteheuwel, an area struggling with gang violence.