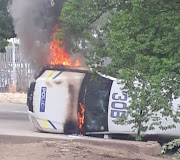 Image: SAPS Police said an 'unruly group' of farmers stormed the court building and demanded that the suspects be handed over to them.

Emotions ran high outside the Senekal magistrate's court in the Free State on Tuesday morning, where two men linked to the murder of Brendin Horner were appearing.

Sekwetje Isaiah Mahlamba, 32, and Sekola Piet Matlaletsa, 44, made a brief appearance in court. The two were arrested by Senekal detectives on Saturday at Fateng tse Ntho in Paul Roux. Horner's body was found on Friday tied to a pole in an open space on the De Rots farm. 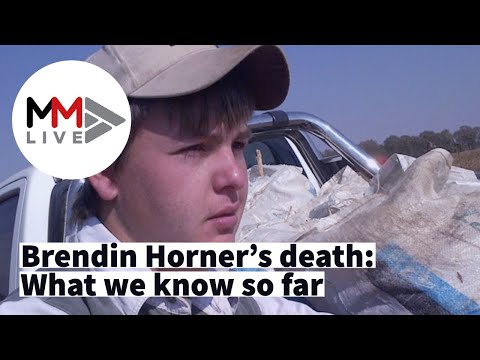 Makhele said after court proceedings an “unruly group” of farmers stormed the court building and demanded that the suspects be handed over to them. Makhele said the group damaged court property while forcing their way to the cells.

He said a police van parked outside the court was also overturned and burnt.

“Two shots were fired from this group but no-one was injured,” Makhele said.

Police had restored order, he said. “Thus far the situation is tense but under control.”