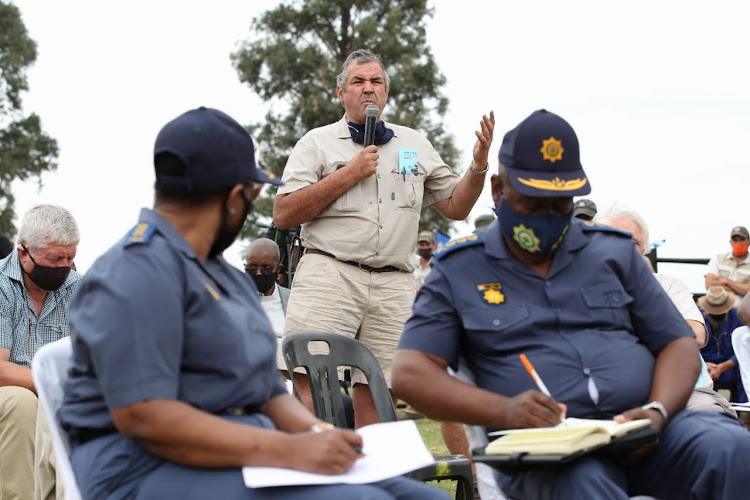 Farmer Darryl Brown believes land reform, or a lack thereof, is the reason behind the racial tension.
Image: Sandile Ndlovu

Racial tensions ran high in Newcastle on Monday where farm owners and workers attended a safety imbizo convened by police minister Bheki Cele after the deaths of a KwaZulu-Natal couple at a farm in Normandien.

Cele, along with the national and provincial police commissioners, visited the community of Normandien in northern KZN.

His visit coincided with the first court appearance of Siyabonga Macu, 29, who was arrested for the murder of Glen Rafferty and his wife Vida, who were shot and killed on the front porch of their farmhouse at the end of last month. Their dog was also killed in the incident.

Four more people are expected to be arrested in connection with the couple's deaths.

“We are still looking for four more suspects because we know it was more than one. We caught the one suspect three days after the incident but we kept quiet to continue our investigation,” said Cele. 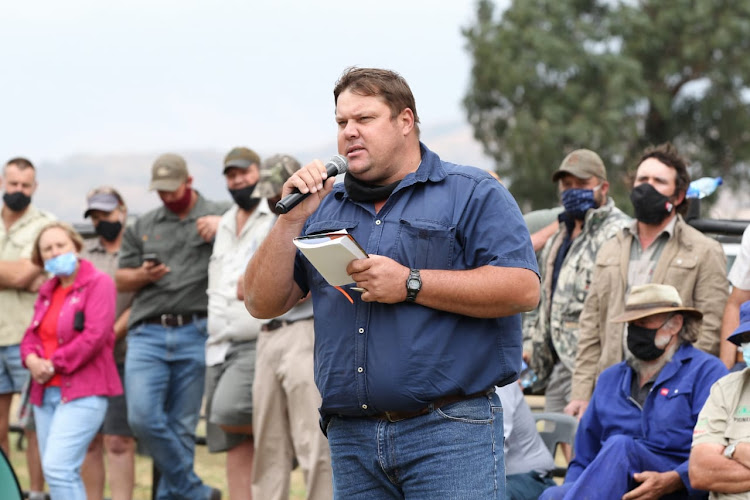 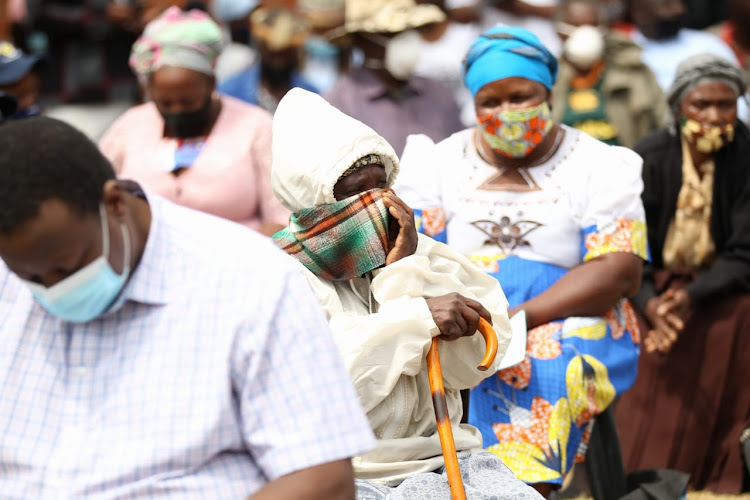 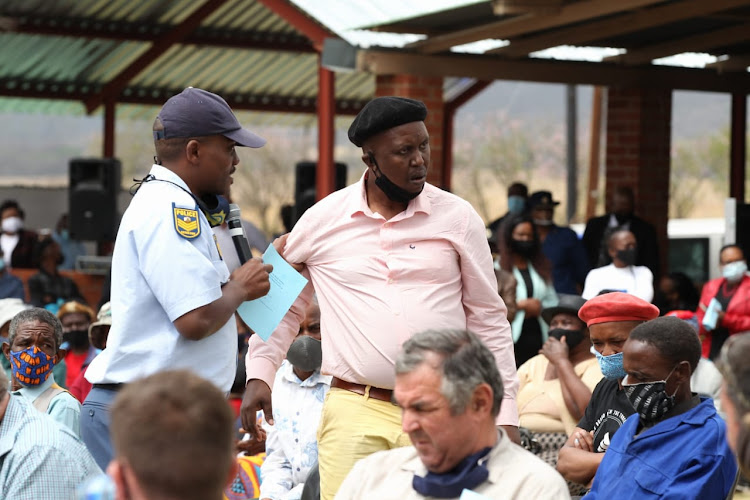 During his visit to the farming community, a number of issues were raised and racial tensions were high as farm dwellers and farm owners complained about ongoing issues of stock theft and allegations of assault.

In response, the minister and police commissioner Khehla Sitole have ordered an investigation into the Normandien police station, with a report expected in 14 days. Cele also asked for a list of cases opened at the station.

Police minister Bheki Cele says that a team will be sent to Normandien police station to investigate issues there. During the Imbizo on rural safety a number of community members said they had been threatened at gun point by one farmer @TimesLIVE @yasantha pic.twitter.com/dRr3s64cEu

The minister called for an investigation after several complaints against one farmer who allegedly chased schoolchildren with a gun. The farmer, who was present, denied the allegations.

One farmer, Darryl Brown, said a lot of the issues and racial tension in the area were rooted in land reform, or the lack thereof. 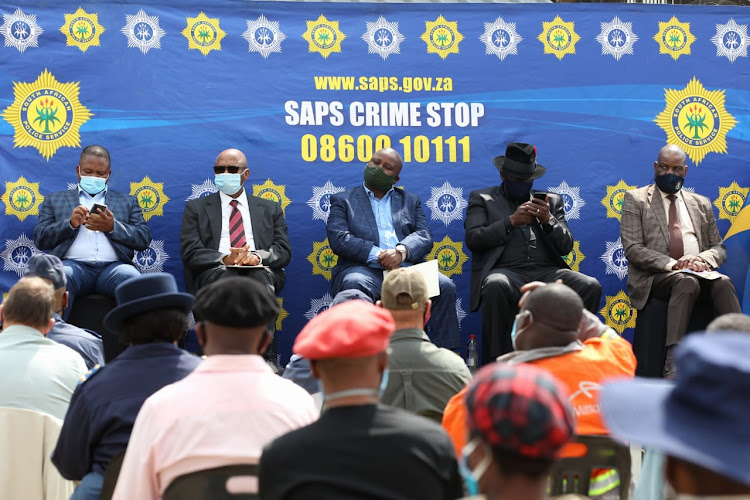 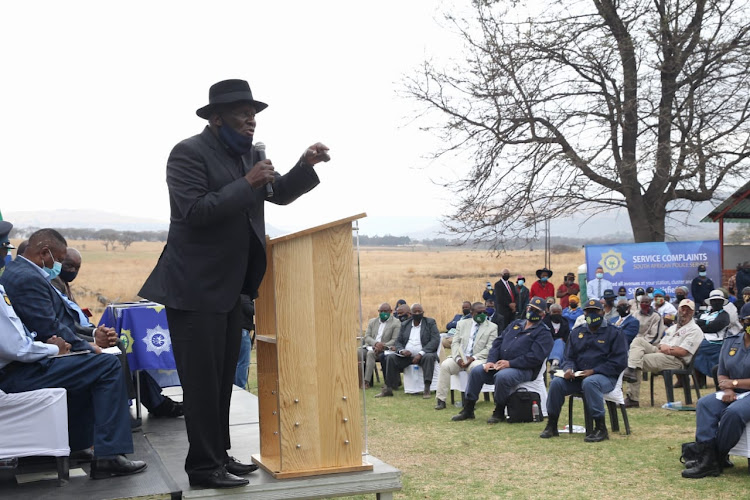 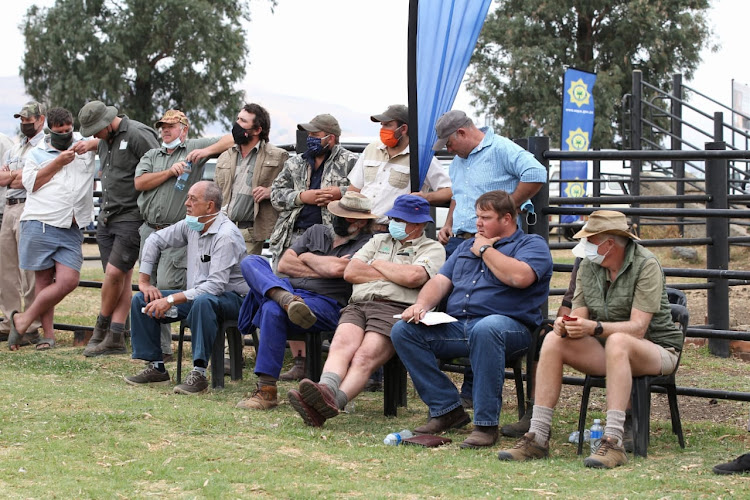 “This is rooted and founded in the issue of land reform and land reform that has not taken place. We, as commercial farmers, don't know where we stand. We are 26 years into democracy and this is nowhere near being finalised. People are being made promises which haven't been carried out. These are the promises that lead to the racial tension in the area,” said Brown.

“Land affairs and the government need to take these issues seriously because the lack of the will of government is really the root cause of these issues,” he added.

According to the department of land reform's Bonginkosi Zulu, of the 1,512 land claims submitted in the area in 2001, only 247 have been settled. Zulu said five farms had been identified and the handover process for land reform had begun.

Police minister Bheki Cele confronted a chairperson of the local farmers association in Normandien for his 'arrogance' after he addressed the minister, and other govt officials, during an Imbizo on rural safety @yasantha @TimesLIVE pic.twitter.com/0alIaq6jS8

Cele had harsh words for chairperson of the Normandien Agriforum, Roland Collyer, who during his address demanded that the minister respond on whether it was fair for the farm dwellers' cattle to graze on his crops.

“This thing of yours of putting me on the spot and demanding I answer as you speak is arrogance, that was completely arrogant. You have no respect. You are not my magistrates. If you treat me like this, what do you do to the people who work for you, singabantu nathi (we are also human)," said Cele.

“It does not matter if you take the whole army and the police and put them here, if there are no good relations it won't work. We need to work on human relations,” he said.

Meanwhile Macu is expected back in the Newcastle magistrate's court on September 28, where he faces two counts of murder.

A 29-year-old man has been arrested for the murder of a KwaZulu-Natal couple at a farm in Normandien, near Newcastle.
News
1 year ago