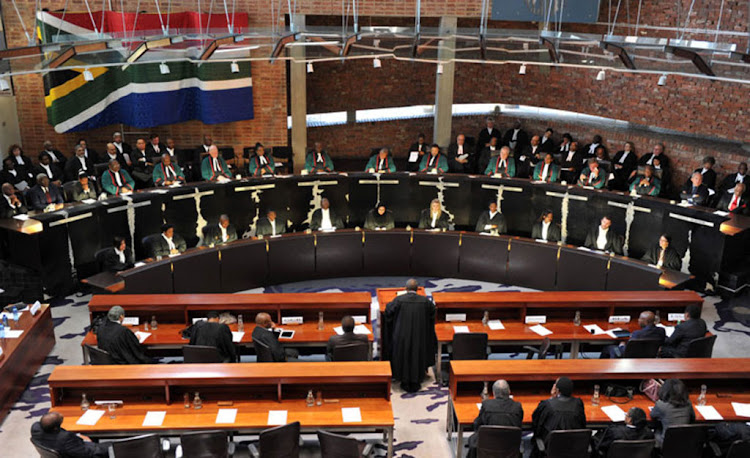 Five judges have been recommended for appointment to the Constitutional Court. File photo.
Image: GCIS

The candidates were selected from eight interviewed on Monday and Tuesday. President Cyril Ramaphosa will choose two from the list.

The candidates who did not get the nod were judges Dhaya Pillay, from the KwaZulu-Natal high court division, and David Unterhalter from the Gauteng division, as well as senior counsel Alan Dodson.

Spokespeople Dali Mpofu SC and Doris Tshepe said the decision was taken after a voting process by the JSC.

The commission does not give reasons for its decisions, but Unterhalter faced questions from commissioners about coming from a privileged background and wanting to go to the highest court after just three years on the bench; and about his being appointed to the board of the South African Jewish Board of Deputies during the Covid-19 lockdown and resigning in March before his interview.

Though he parried the questions calmly and with aplomb, JSC commissioner Julius Malema described what he called a “dilemma” faced by the commission: there were other candidates, also excellent lawyers, who had none of the privileges that Unterhalter had, had struggled against the most serious odds to get where they were in the judiciary, and had been there much longer than Unterhalter.

Pillay had to deal with a number of acrimonious questions from some of the commissioners, in particular Malema, who questioned her about her opening a judgment with a quote from an ANC conference document - when she quoted former ANC president Oliver Tambo at the ANC’s Morogoro consultative conference in her judgment in the defamation case between ANC leader Derek Hanekom and its former president Jacob Zuma - and her long friendship with public enterprises minister Pravin Gordhan.

At the end of their exchange, he said he would be arguing when the commission deliberated that she was not a judge but a political activist and was using the judicial office to pursue factional politics.

But it was an exchange between Pillay and chief justice Mogoeng Mogoeng at the end that raised eyebrows, when the chief justice revealed that after a previous round of interviews Gordhan had asked for a meeting with him: “I don’t really know what the purpose of the meeting was. I don’t have a clear recollection. I think something about the tax ombudsman. But what stuck to my mind was he asked me a question: ‘How did my friend Dhaya Pillay perform?’”

Mogoeng said the results of the interview process had just been announced, but Gordhan did not know this. He said, “This thing has stayed with me. It got renewed as Malema engaged you. Why did the minister make an effort to meet me? We are not friends. I don’t know him from anywhere except from television. Why did he make a trip to seek an audience with me to ask me how did ‘my friend’ perform?”

But, she said, from what she was hearing from the chief justice, the decision had already been made. Given this, she suggested that it had come up casually, “because I don’t know what he called you about. I know he would not promote me or any of his friends.”

“And our boundaries have been strictly observed. I can only say again, that he asked you in passing relating to other business and he was disclosing to you that he is my friend, which is no secret,” said Pillay.

Dodson had a good interview but the fact that he was not a judge seemed to be a concern to some commissioners.

Supreme court justice says even when competent women apply for the ConCourt, they don’t get the nod
News
1 year ago

In the transition to democracy, SA had perhaps focused too much on reconciliation and not enough on transformation, said Gauteng Judge Jody Kollapen ...
News
1 year ago