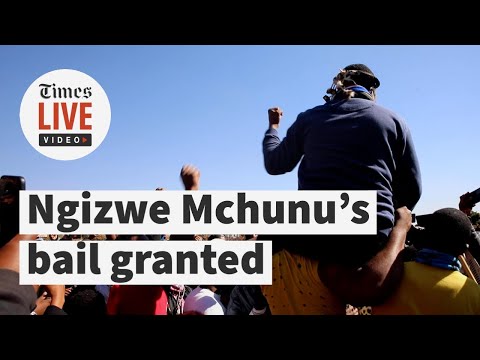 Mchunu, who is accused of inciting violence and looting, was arrested last week and kept in custody until his bail hearing on Wednesday and Thursday.

He is one of a number of suspects to appear in court in Gauteng regarding the violent unrest that broke out in the province and in KwaZulu-Natal after the imprisonment of Zuma on July 7.

The state had opposed Mchunu's release on bail, saying he was a flight risk and there was a risk he would not attend trial if released.

The state said Mchunu evaded the police five times before handing himself over.

However, Mchunu asked to be released on bail, stating that the state had failed to show why bail should not be granted.

His lawyers said there was no evidence showing he incited violence.

Mchunu's lawyers also said he would not interfere with witnesses if he was released on bail.

Magistrate Gayle Pretorius agreed with Mchunu and set bail at R2,000 with conditions, saying it was not in the interests of justice to keep him in custody.

One of the conditions was that he reside in Phoenix pending the finalisation of the case. Another was that he cannot leave the Durban area except to attend his case in Johannesburg.

She said it was not clear why Mchunu evaded police, but he handed himself over to them  last week.

The state had presented four videos to court on Wednesday to substantiate its allegation that he was a flight risk, arguing that releasing him on bail would undermine public order.

The magistrate said the videos did not show that Mchunu mobilised people to loot.

The court heard that Mchunu had three wives and 12 children and had no previous convictions or pending cases.