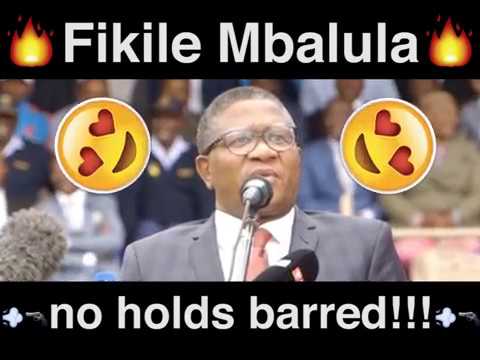 Police Minister Fikile Mbalula has told the police’s notorious Tactical Response Team to “crush balls” in Gauteng‚ saying‚ in Xhosa‚ that the units must make criminals pee and drink their urine.

He spoke during the redeployment of the unit infamously known as “AmaBerete”‚ as well as the police’s tracking unit. He said the unit must be “merciless” to criminals and return fire with fire.

“We must clamp down on them and today I am saying you must be merciless to dangerous criminals. Do not blink when you deal with a criminal‚ run them down if needs be and then you must return fire with fire and protect our people against them‚” he said.

Mbalula said the unit must do what they were notorious for‚ kicking down doors and dishing out dizzying blows‚ and he would deal with the courts.

“Even if you do not have a warrant of arrest‚ slap them. Break the law progressively and let me worry about court cases‚” he said to loud cheers from the units‚ standing to attention in front of him.

He said the police specifically resuscitated this team in Gauteng to respond decisively to criminals.

Mbalula said officials had profiled dangerous criminals‚ including those who had cases dubiously withdrawn against them.

He said the units must round up these thugs and lock them up by Christmas.

The minister also issued a stern warning to rogue cops‚ saying he was coming for them.

“We must exorcise them … We must take out the devil amongst us‚” he said.

Mbalula added that police must get fit and that he was making arrangements with Virgin Active for police officers to get free membership.

He said it was embarrassing for police to be beaten up by criminals and that only ministers were allowed to have bulging bellies.