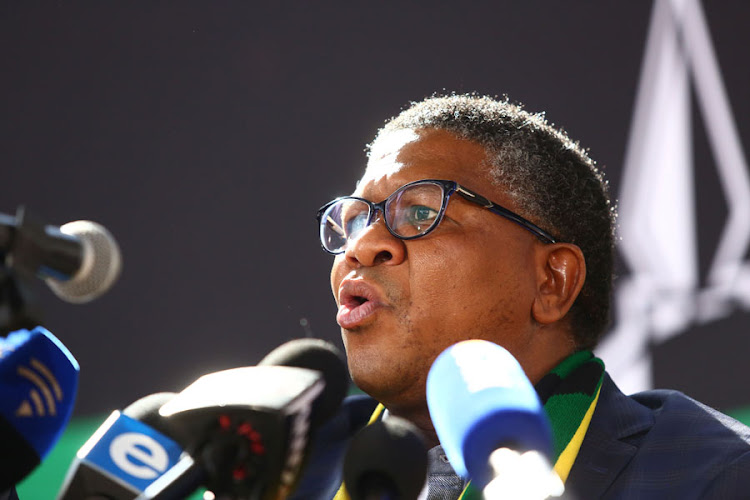 Business Day has seen a directive Mbalula sent on September 12 to newly appointed acting head of crime intelligence Major-General King Ngcobo that institutes sweeping changes‚ tightens his grip on the division and beefs up its capacity to spy on citizens.

The directive imposes tighter ministerial controls on the division’s R700m slush fund‚ which regularly faces allegations of being looted or used to fight factional political battles.

The spy division’s top brass met this week to implement the changes‚ according to sources at crime intelligence who cannot be named because they are not authorised to talk to the media.

Police Minister Fikile Mbalula says commuters have been abused and cannot be held to ransom by the criminal actions of meter taxi drivers.
Politics
4 years ago

The Hawks swooped on Mandeni mayor Sphesihle Zulu's three bodyguards while he was in his car near a Durban golf club on Tuesday afternoon.
Politics
4 years ago

Most farmers not ‘racists’‚ says Mbalula

Most farmers are not a "bunch of racists"‚ says Police Minister Fikile Mbalula.
Politics
4 years ago