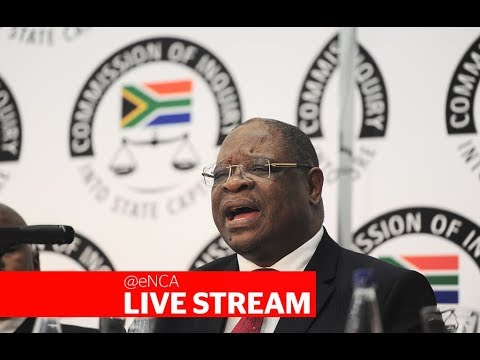 Former MEC of human settlements in the Free State Mosebenzi Zwane will on Friday answer questions about the R1bn housing project in the province at the state capture inquiry.

Former human settlements head of department in the Free State, Mpho Mokoena, told the commission how Zwane allegedly pushed through an “illegal” advance payment scheme for building material to the tune of more than R500m.

Mokoena claimed he told Zwane that what he was proposing was “illegal” and would not stand the test of procurement legal prescripts. But Zwane was having none of it, he claimed. Mokoena said Zwane told him on two separate occasions that if he was not on board he was more than welcome to resign.

“I said I am not comfortable with the plan because it is bordering on illegality. The MEC said his adviser was going to do research and prepare an internal memo,” said Mokoena.

“After the meeting I approached the MEC and we went back to the boardroom, just the two of us. I repeated that 'the plan you are suggesting is illegal'.

“MEC Zwane said: 'This is my plan and it is going to happen. If you have a problem with it please submit your resignation letter after which you will be poor because your house and vehicle will be repossessed and your children will be kicked out of school.'”

The commission is also expected to hear evidence from Mmuso Tsoametsi.