Streaming service brings its large viewing catalogue to SA, there is animated family fun as a monster must help a princess save the kingdom, and we also take a look at The Official SA Charts 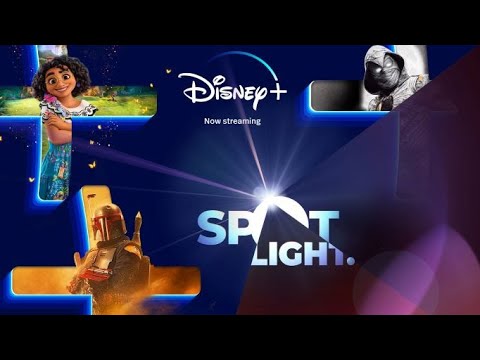 Spotlight is our entertainment bite-sized snapshot featuring new entertainment releases in SA, exclusive film trailers and much more. New episodes are out every Thursday on Sunday Times Lifestyle, Sowetan Entertainment and on YouTube, plus you can follow Spotlight on Facebook.

In this week’s episode, Spotlight has a look at Disney+ as the entertainment streaming platform becomes available to South Africans, a new cinema release for the family, as well as a celebration of The Official South African Charts for local music lovers.

The day has finally dawned for fans of Disney, Marvel, Pixar, National Geographic, Lucasfilm and Star’s general entertainment offering, with the Disney+ launch this week of exclusive original content and thousands of episodes and movies, including some of the world’s most beloved stories.

In My Sweet Monster, releasing at cinemas this week, an array of voice actors, including Haylie Duff, Jon Heder and Pauly Shore, bring life to the animated family adventure about Princess Barbara, who is forced to flee her father’s kingdom. In the woods she meets sweet monster Bogey, who does everything he can to help her. A fun offering for the whole family.

Spotlight also looks at the Recording Industry of SA’s celebration of The Official SA Charts, which went live late in 2021. The aim is to celebrate the success of local music from diverse artists, as digitally streamed by music fans. Also, Gallo Record Company’s 95th anniversary celebrations saw the second podcast release of The Vault Sessions. Showcasing Africa’s biggest music catalogue, the podcast is available on all audio streaming platforms.

And finally, the countdown to one of the year’s most anticipated big screen releases, Top Gun: Maverick, has hit single digits. The film releases nationwide and in all formats, including IMAX, on May 27. Don’t miss next week’s Spotlight episode covering the red carpet premiere, as well as our interview clip with some adorable hounds from Marmaduke — another big screen release for next week.

For full interviews, breaking news, trailers, clips and competition details, visit our Spotlight Facebook page. See you at the movies!

Presenter Collette Prince is styled and dressed by We Are Egg. Shop online.

We Are Egg is a beautifully curated, experiential department store of local and international fashion, beauty, home, jewellery and food. More details on Instagram about Collette's look of the week here.

This week Spotlight is giving away IMAX tickets and catering vouchers, courtesy of Ster-Kinekor, so you can experience Top Gun: Maverick in its ultimate format. Ster-Kinekor IMAX cinemas are available at: Mall of Africa, Eastgate, Cradlestone, The Grove, Gateway, Baywest, Cape Gate and Blue Route.

Winners will be drawn randomly and notified by SMS after the competition has closed.  Entrants’ personal details will not be retained for marketing purposes. Winners have to provide proof of age (ID/driver’s licence) and cover their own travel and accommodation expenses. By entering participants agree to have their names published on TimesLIVE, SowetanLIVE and Spotlight South Africa on Facebook. Employees of Arena Holdings and their family members are not eligible to enter.