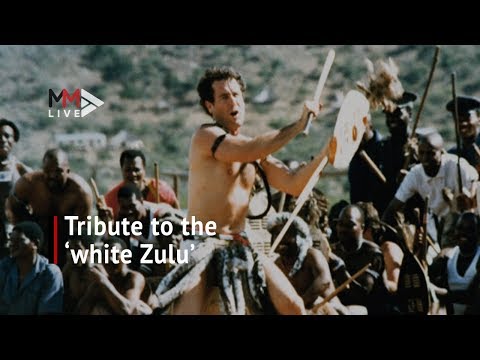 On September 15 2017,  TshisaLIVE was part of a select group of media who were invited to a press conference where Johnny Clegg announced his retirement from the music industry.

As news of Clegg's death sent a sense of sadness through the nation on Tuesday night, one of the comments he made that day stands out clearly.

The iconic musician said  “living on a sentence”  made him appreciate everything in his life more, including precious moments with his family and friends.

Here's that interview in full:

After being diagnosed with pancreatic cancer two years ago, it has been veteran musician Johnny Clegg's mission to achieve all his musical goals before retiring later this year.

The musician, who announced his retirement from the industry in April [2017], is preparing to take to the stage one last time for a farewell concert in November.

Johnny told TshisaLIVE that after being diagnosed he learnt to appreciate the little gifts in life, which is also the reason he wants to put on one last impressive show.

“As I’m planning this, I’m living in a parallel universe with my condition. My chemo kind of carries me through until January and after that, it’s no man’s land. So I want to do as much as I can now and put all these things to bed,” he said.

The Impi hitmaker said although he is feeling energetic now after his last round of chemotherapy in February, his doctors have warned him not to strain himself because at times the chemo creates an “illusion” that often leads patients into oblivion.

"I’m fit now but the oncologists say you have to entertain the fact that it might be an illusion because you have all this chemo in you, that is just keeping this [cancer] at bay and it has a finite life span. But when I am on stage and performing, I feel like I can do this forever. It’s a massive contradiction in my brain,” he said.

The legendary musician said  “living on a sentence”  made him appreciate everything in his life more, including precious moments with his family and friends.

Speaking at a press conference in Johannesburg on Thursday afternoon, Johnny said he could not believe he was saying farewell to the industry.

After more than 40 years in music, the musician said it felt weird that he was at peace that his upcoming concert might be his last chance to say goodbye to fans.

Johnny said the concert, which is called Final Journey World Tour, will take the form of an autobiography and will tell his life story. He will also incorporate a Johnny Clegg and Friends concept he’s been hoping to do, featuring Prime Circle, Karen Zoid, Parlotones and a couple of other surprises.