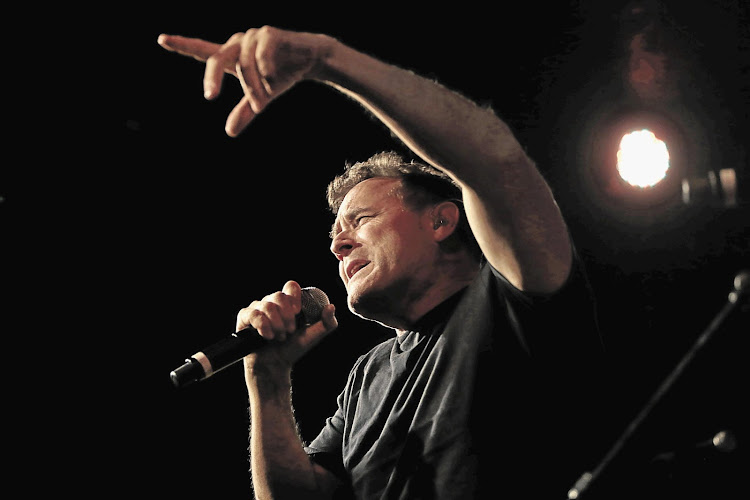 Veteran musician Johnny Clegg has died at the age of 66.

Clegg's family confirmed to TshisaLIVE on Tuesday night that the Impi hitmaker had died.

His manager of 30 years, Roddy Quin, said that Clegg died "with his family at home" on Tuesday afternoon. He also confirmed that the singer-songwriter's death was linked to his pancreatic cancer, which first occurred in 2015.

"It's extremely tough for [his family] and we ask for the media and the public to respect them and their privacy at this time," said Quin in a brief telephonic interview.

"For everyone, it's devastating," he added.

Clegg is survived by his wife of 31 years, Jenny, and their two sons, Jesse and Jaron.

Clegg was diagnosed with pancreatic cancer in 2015 and has spoken about the effect the disease had on his outlook on life.

In 2017 the legendary musician said “living on a sentence” made him appreciate everything in his life more, including precious moments with his family and friends.

In a more detailed statement issued on Tuesday evening, Quin described Clegg as someone who "traversed cultural barriers like few others".

"Johnny leaves deep footprints in the hearts of every person that considers him/herself to be an African. He showed us what it was to assimilate to and embrace other cultures without losing your identity. In many of us he awakened awareness," he said.

Clegg was born in England on June 7 1953 and moved to Johannesburg when he was six.

"His exposure to Zulu migrant workers during adolescence introduced him to the culture and music. His involvement with black musicians often saw him arrested during apartheid," said Quin.

It was in 1960 when, aged just 17, he formed the band Juluka with Sipho Mchunu. In 1986 he partnered with Dudu Zulu to form his second interracial band, called Savuka.

Clegg also recorded several solo albums, lectured at at the universities of the Witwatersrand and Natal, and studied anthropology.

He received a number of awards, including being named a Knight of Arts and Letters by the French government in 1991. In 2015 he was made an Officer in the Order of the British Empire. In 2012 he received the Order of Ikhamanga from the South African government.

"His passing has left us numb and we request that the family's privacy be respected during this trying time. The family will be holding a private funeral service and we ask you to please respect the family's wishes," said Quin.

A public service will also be held, with details to be announced soon.

After being diagnosed with pancreatic cancer two years ago, it has been legendary musician Johnny Clegg's mission to achieve all his musical goals ...
TshisaLIVE
4 years ago

WATCH: Johnny Clegg reveals where his love for the Zulu culture began

Legendary musician Johnny Clegg has revealed that an identity crisis at the tender age of 15 ignited his deep love for the Zulu culture and language.
TshisaLIVE
4 years ago