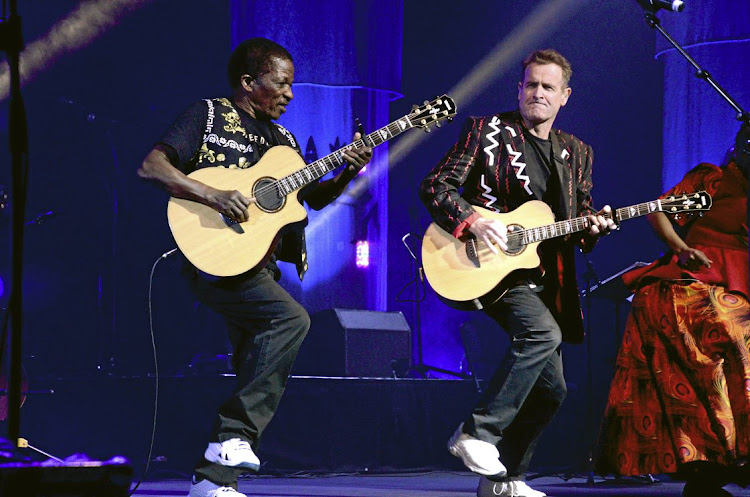 Johnny Clegg during a performance in 2018.
Image: Supplied

"The last few weeks have been very tough for him. He has been very strong. He fought it till the last second."

That's how Johnny Clegg's manager, Roddy Quin, described the past few weeks for veteran singer Johnny Clegg, who died on Tuesday in Johannesburg.

Quin confirmed that Clegg was surrounded by his family during his last moments, saying that family had been everything to the musician.

He said Clegg had been fighting pancreatic cancer for five years and it had been a tough journey for the singer.

Speaking from the Clegg family home, Quin said that he had "finally succumbed" to the disease on Tuesday afternoon.

In an interview with eNCA ahead of his Final Journey farewell tour in 2018, Clegg had spoken about how his friends had inspired and supported him. He recounted a proverb about an "ox that must continue pulling even when it is emaciated", explaining such messages had "helped me".

"It gave me a sense that this is something that happens in the world and people have made proverbs of it. I have been lucky and fortunate enough to be able to have strength now to be able to do [the tour]."

50 artists have teamed up for the tribute.
TshisaLIVE
3 years ago