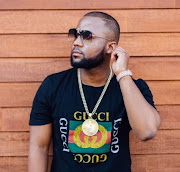 Musician Cassper Nyovest took to Twitter to call out American talking head Dr Umar Johnson, saying that the activist needs to get his facts straight on SA.

The internet is a wonderful invention: from access to every bit of our human history to meeting people across the globe, but it also has it cons. In the latest episode of “getting it all wrong” Dr Umar Johnson got Cassper's attention when he made some inaccurate statements regarding official languages in Africa.

A video clip of one of his most famous quotes has been making its rounds on social media. Dr Umar Johnson was on The Breakfast Club radio show speaking on Africa-China relations.

In the video Johnson says Mandarin is an official language in SA, whereas Zulu and Xhosa are not.

Nothing about his statement was correct so Cassper clapped back at his comments and called him out for spreading fake news.

“This is what they do every day on this app and those who don't know anything, believe them. Making sh*t up that never ever, ever happened but because he sounds smart, y’all believe all that bogus.”

This is what they do everyday on this app & those who don't know anything, believe them. Making shit up that never ever ever happened but cause he sounds smart yall believe all that bogus. All I know is those who know more, should show more. If you ain't got it, you ain't got it. https://t.co/7KmH3cRd16

Clearly Cass was ticked off by the so called Dr ... and who can blame the rapper?