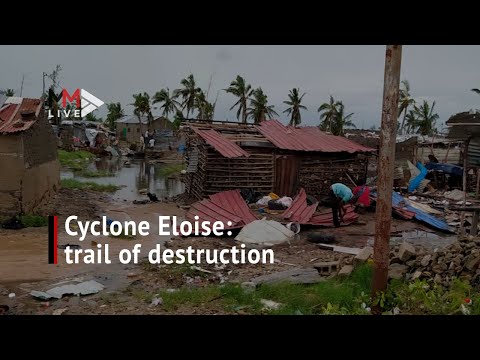 The coastal city of Beira in Mozambique, home to one of the country’s most important ports, has seen flooding and mild damage to property after tropical cyclone Eloise made landfall early on Saturday.

On Sunday the cyclone weakened and headed inland to Zimbabwe, Eswatini and SA, leaving more flooding and damage in its wake.

Homes, crops and infrastructure were damaged, flooded or destroyed, while the number of displaced people rose to more than 8,000.

Some residents were queuing up on Monday to be evacuated from flooded Buzi, a district of Sofala province.

“Since the day before yesterday, I've been queuing, but I haven't yet been able to board the boat. We've left everything behind, we only have the clothes we wear. We are sleeping on the road under the rain. We are suffering,” said Tamara Broque, a resident.

Eloise is expected to move towards southwestern Botswana on Tuesday, bringing heavy rain. More downpours are expected in SA in the coming days.