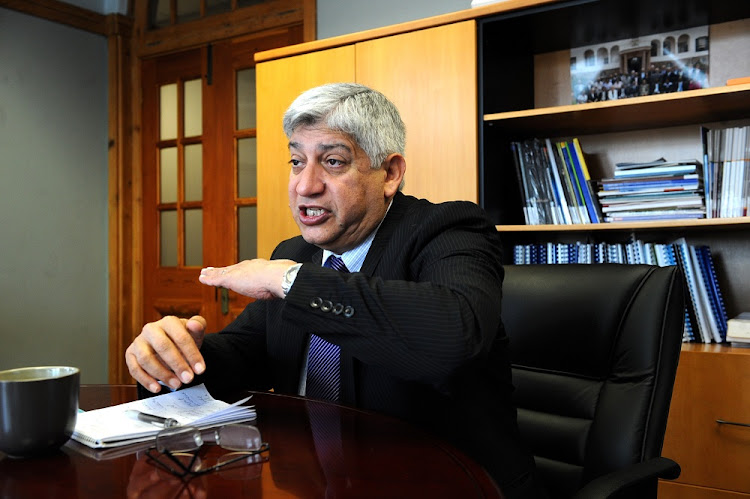 Universities South Africa has put out a strongly worded statement responding to Economic Freedom Fighters leader Julius Malema's call for potential students to arrive at universities and apply in person.

The body said applications for university were closed. It condemned politicians for playing "political football".

Malema made his call following President Jacob Zuma's shock announcement of free education for students whose families earn less than R350‚000 a year‚ up from a previous cap of R122‚000 a year.

Universities South Africa said people who applied late in the hope of getting a last-minute place had to use this website.

The system‚ in use for three years‚ helps universities place last-minute applicants if spaces become available when‚ for example‚ other students do not qualify for a place after the release of their matric marks.

1) Are universities worried about the number of students who now won't pay fees?

“It is a huge advance for South Africa to cover the vast majority of South Africans [who can't afford fees]‚” Bawa said. “We are fairly pleased as it is a powerful new initiative.”

But he added that universities' major concern was that free education for students of working-class families was not a sustainable model.

He said universities were worried about the government needing to reverse the model in three years' time.

Universities were unhappy about the last-minute free education announcement. “We would really have liked a year to roll it out. We have only been given two or three weeks.”

2) Where will the money come from? (Background: The Heher Fee Commission found free education was unaffordable.)

Universities are waiting for the finance minister's budget speech in February for details about the funding for qualifying students through the National Student Financial Aid Scheme.

3) Politicians are calling for people to demand places at universities. Are the institutions expecting more protests?

“We really don’t know. It all depends on how well the National Student Financial Aid Scheme functions and whether it deliver the goods [in providing the money].”

5) Malema said all people who previously couldn’t afford to pay fees should now show up. How many places do universities have?

“The figure of 208‚000 is a negotiated figure between universities and the Department of Higher Education. The number is worked out taking universities' capacity into account. Capacity looks at the number of subsidies the state can afford for students and the staff capacity to teach students and infrastructure capacity‚ such as how many students libraries can accommodate.”

7) How many students apply for university places?

“It is difficult to say as potential students applying will send multiple applications to different universities‚ so an overall number can be misleading.

“We haven't had a situation in the past in which thousands of academic qualifying students are turned away from universities.”

Bawa said students were usually turned away for not being able to afford fees or not reaching the academic requirements.

There are still options for those with poor matric results: education expert

With the matric results due for release this week‚ academic expert Fathima Razack has urged those who do not achieve their desired outcomes not to ...
News
3 years ago

They like pulling teeth! What young South Africans think of dentists

What are dentists for? To pull out sore teeth. That was the overwhelming view of a group of 18 to 35-year-olds in Cape Town questioned by academics.
Lifestyle
3 years ago

Universities South Africa has warned potential students not to just walk into universities to try and apply at the last minute‚ saying such a ...
News
3 years ago