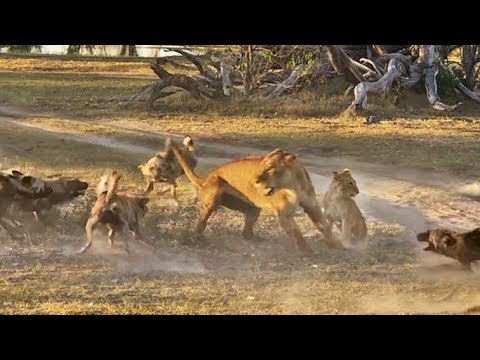 Don't mess with this mama.

This lioness proved just how far a mother would go to protect her cub, even if it meant fighting off an entire pack of wild dogs.

Shalin Fernando captured this moment while out on a safari drive in the Moremi Game Reserve in Botswana. In the video the lioness hovers protectively over the cub as the pack of wild dogs circled round the pair.

"The next day we saw the wild dog pack again. One of the dogs had been bitten and it was limping around. This was a one of a kind experience for me.”