Devastated Imizamo Yethu on the road to recovery 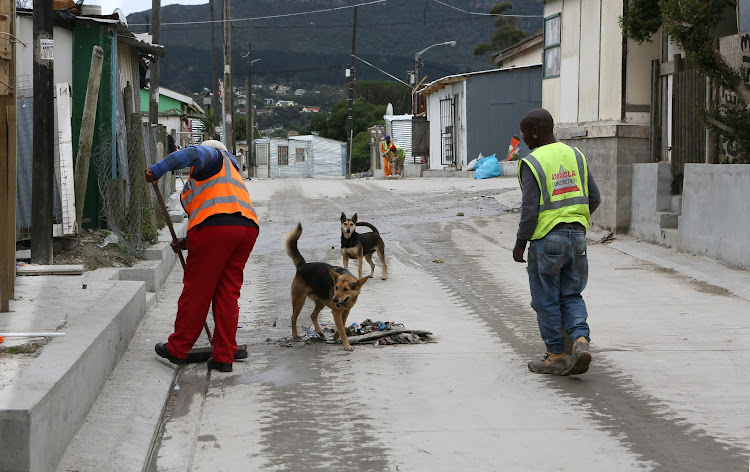 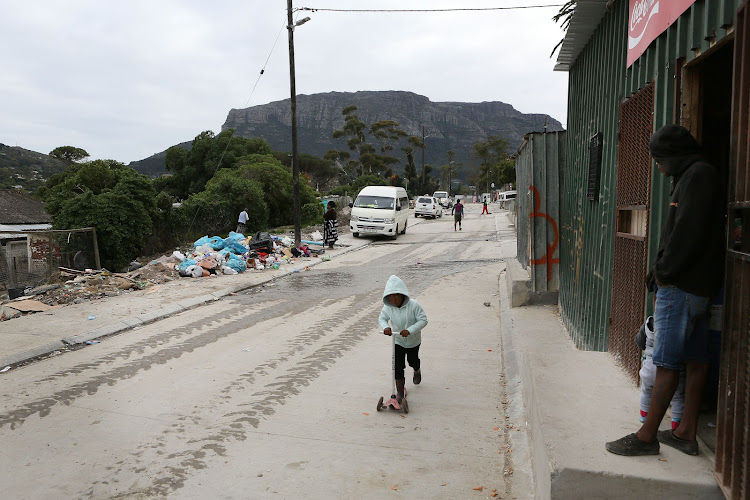 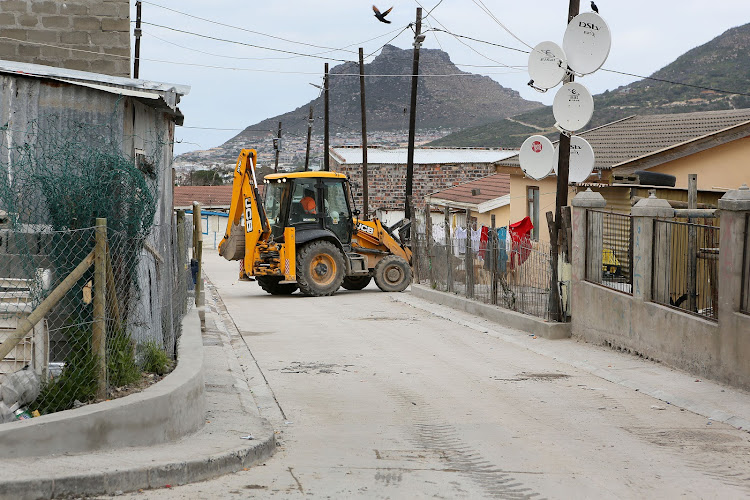 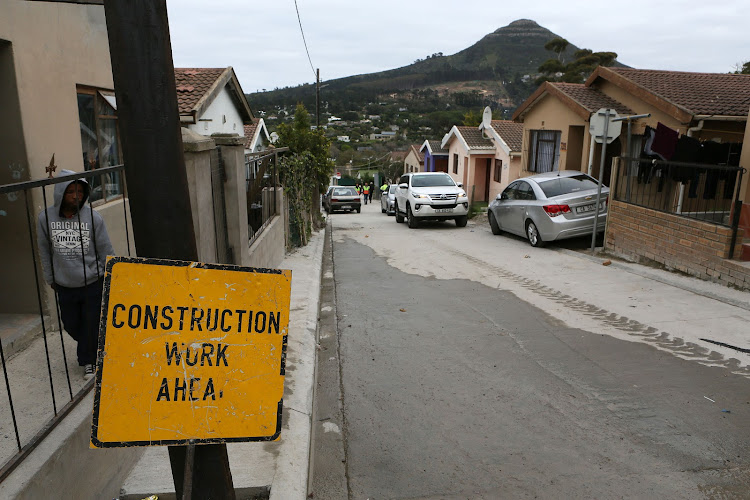 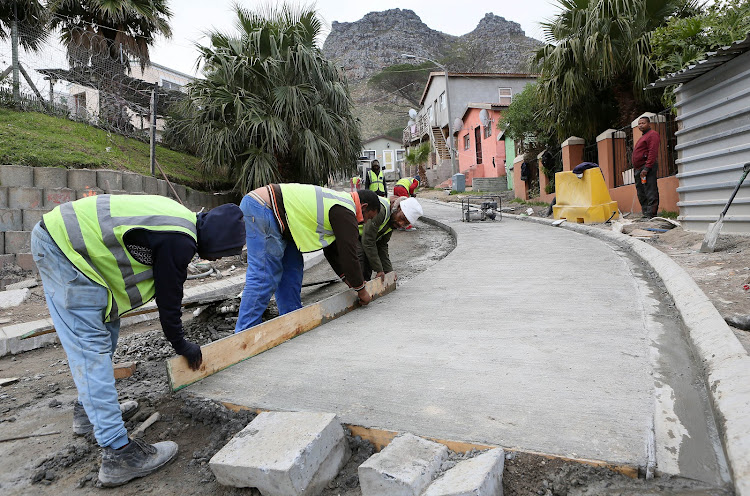 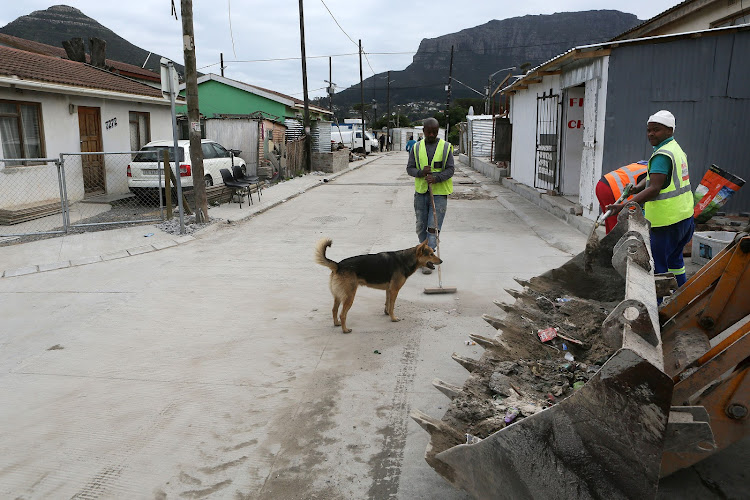 Concrete roads and neat pavements have replaced riverlets of sewage 18 months after a massive fire and political conflict brought the township of Imizamo Yethu in Hout Bay to its knees.

The March 2017 fire which gutted Dontse Yakhe informal settlement‚ part of Imizamo Yethu‚ left 15‚000 people homeless. The City of Cape Town’s plans to rebuild and formalise‚ or “super block”‚ the settlement divided the community and became the catalyst for political violence which left one person dead and little hope for a peaceful outcome.

But on Tuesday the mayoral committee member for transport and urban development‚ Brett Herron‚ visited the area where a project which seemed a daunting task nine months ago was reaching its conclusion with the completion of 14 roads.

Hundreds of residents whose homes encroached on the roadway had to be consulted‚ and community leader Man Oman said that without the consent of every individual affected not a metre of road could have been laid.

One year after the vicious fires ripped through Hout Bay’s informal settlements, hundreds of protesters demanded basic sanitation, electricity and ...
News
3 years ago

“It’s very difficult because you have to get everyone on board before you can go ahead with any development‚” he said.

He was referring to a political fight which saw several community leaders’ houses torched and a 19-year-old killed in violent clashes between rival factions of the ANC-aligned South African National Civic Organisation (Sanco).

Residents who were against the super blocking‚ which was aimed at trying to restructure the informal settlement so services could be installed and to lessen the risk of future fires‚ clashed with the leaders who were in favour of the council plan. A power struggle ensued‚ with both sides accusing each other of ulterior motives.

But with the grouping which opposes the city’s plans currently litigating against it and the promise of housing projects on the horizon‚ project managers had enough breathing space to implement the two-phase pilot project.

On Monday at around 2am‚ the third fire in less than a year blazed through the informal settlement of Imizamo Yethu in Hout Bay. Around 350 people ...
News
3 years ago

Contract engineer Alexi Maravelias said they employed 50 people from the community and the R45m project had injected R1.2m directly into the local economy.

It started as a pilot project for a few roads to be built but soon incorporated the upgrading of water pipes‚ storm water drains and the installation of street lights.

Maravelias said they had only covered 15% of Imizamo Yethu's roads with the project and he hoped it would be expanded.

At the end of a walk through the township to inspect the roads on Wednesday‚ Maravelias turned to Herron and said: “This is the smallest project we’ve done. But it has been the most gratifying.”

IPID to investigate shooting of teenage boy in Hout Bay

The Independent Police Investigative Directorate (IPID) has confirmed that it is investigating the shooting of 14-year-old Ona Dubula by police ...
News
3 years ago

Pinky Dubula uses toilet paper to wipe the blood from her 14-year-old son's mouth as he lies in a Cape Town hospital bed.
News
3 years ago

Residents from Imizamo Yethu in Hout Bay planned to march in Cape Town on Tuesday to demand basic services and an end to “superblocking” in the ...
Politics
3 years ago

Protest action in Hout Bay claimed another two structures on Friday night‚ this time a parliamentary constituency office and the home of an ANC ...
Politics
3 years ago