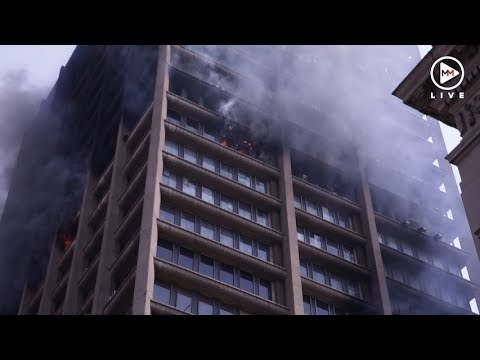 The fire that engulfed the upper levels of a building in the Johannesburg CBD on Wednesday continued to burn on Thursday.

The blaze spread to lower levels through ducts filled with paper and boxes.

"When their brothers or husbands went to work, they expected them to come back,"   Johannesburg mayor Herman Mashaba said of the family members of the deceased firefighters. "They are hurt and we sympathise with them."

"The fire is still raging," said Gauteng premier David Makhura. "There were several other firefighters who were injured... the doctors assured us they were in a stable condition. They are heartbroken - not because they are injured but because they lost their colleagues."

Makhura said an investigation was underway into the cause of the fire.