From October 29 2018, 100 rail enforcement officers will be deployed on trains in Cape Town to prevent crime, fires and vandalism.

Arson attacks on Cape Town’s trains have left the city with less than 40 serviceable trains – and now the city has joined hands with Metrorail to launch its 100-member Rail Enforcement Unit.

With them were the Passenger Rail Agency of South Africa's (Prasa’s) own enforcement unit‚ but the two groups stood in stark contrast.

Unlike Prasa’s enforcement unit‚ the city’s officers carry guns‚ pepper spray‚ and bulletproof vests. They are also new recruits and not the military veterans which make up the mainstay of Prasa’s railway security force.

From this week‚ teams of five officers‚ with an inspector assigned to each unit‚ will board trains across the metro. They will support the two Prasa security guards who are already supposed to patrol each train. 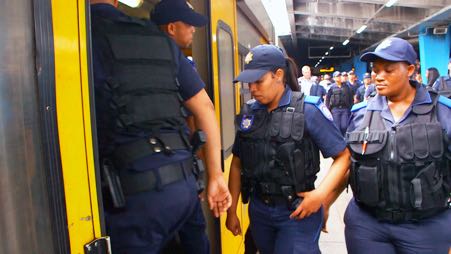 For now their force is small and‚ according to Smith‚ will have to work “strategically” to patrol as many trains as possible. Realistically‚ however‚ they can only service half the operational fleet at any given time.

But according to city officials and Metrorail management‚ it’s a large step in the right direction.

The unit will cost R48-million to set up and run for the next 12 months. It was established as a result of negotiations that started in May between local‚ provincial and national government. The unit is jointly funded.

The unit members embarked on a short train ride to Salt River on Monday‚ only a few kilometres from Cape Town station. 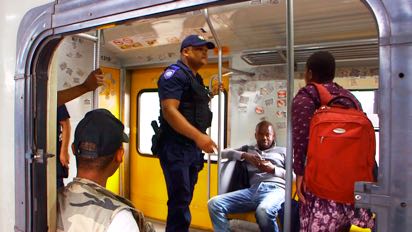 The train was characteristically nightmarish‚ with advertisements for abortion clinics and penis enlargement plastered over the entirety of the inside of a coach where lights flickered rapidly due to some sort of electronic fault.

Only the front few coaches had people in them‚ huddled together for safety in numbers. 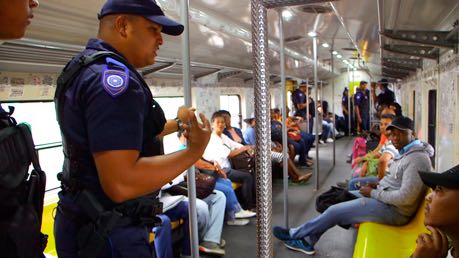 The unit members made their maiden patrol to the front of the train - cameras‚ politicians‚ and reporters in tow - to the surprise of a man in tattered clothes with a “tik lollie” (a glass pipe used to smoke tik) in his possession.

One of the new rookies immediately searched the man and was eager to make an arrest‚ but he was informed by his superior officers that he could not arrest the man because other than looking disheveled and being in possession of the instrument used to smoke tik‚ he had no drugs on him. 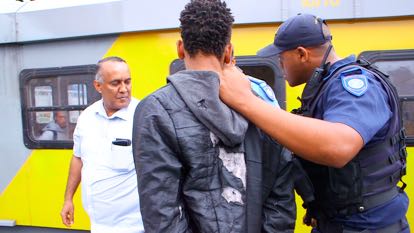 He was taken in for profiling.

“This initiative is indicative of how serious we are about commuter safety‚ as well as our commitment to returning stability to the rail network. However‚ no initiative is complete without the buy-in and assistance of the public‚” said Smith.

“We therefore call on rail commuters and the public at large to do their bit by reporting criminal acts and sharing intelligence to help bring those responsible for the ongoing acts of destruction and sabotage to book‚” he added.

The City of Cape Town’s mayoral committee member for transport‚ Brett Herron‚ has described the compromise reached between the Rail Safety Regulator ...
News
2 years ago

Thick clouds of black smoke poured out of Cape Town train station on Tuesday as two trains burnt fiercely as the Passenger Rail Agency of South ...
News
2 years ago

DA politicians gave a simultaneous cry of despair on Tuesday after two more trains were torched in Cape Town.
News
2 years ago

As the Railway Safety Regulator (RSR) pushes to have Prasa's permit suspended‚ another Metrorail train accident has been reported‚ the RSR said at ...
News
2 years ago