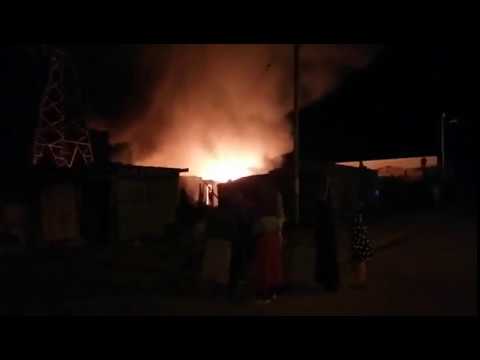 Eight shacks were razed by a fire that tore through a section of Nompumelelo township in East London late on Thursday night.

While no injuries were reported, residents lost everything in the blaze that started at about 11pm, according to affected families. Nompumelelo borders Beacon Bay.

DispatchLIVE reported that although there is not yet official confirmation, residents believe an electrical fault caused the fire.