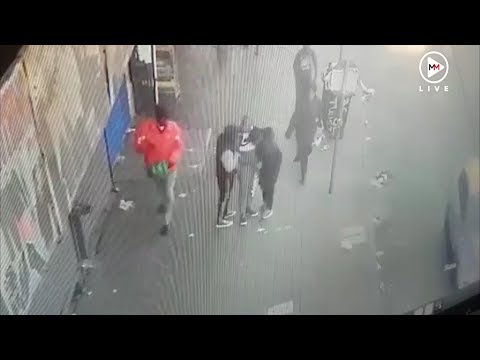 A young man who was mugged by two men in Hillbrow, Johannesburg, on Tuesday morning is being asked to report the incident to the police, who are trying to combat this type of crime in the area.

Hillbrow police spokesperson Capt Musa Shihambe said the area, on Twist Street, between Bok and Koch streets, was a known mugging hotspot and the police had a mobile caravan stationed in the area where people could report crimes to patrollers.

Police would then liaise with the patrollers for further investigations.

“We have seen the video, but the person who was mugged has not reported the incident to the police. We encourage people who are victims of crime to report such incidents to the police station,” Shihambe said.

In the video, the man, carrying a backpack, is accosted by two men.

One man removes the backpack and leaves, while the other man remains and searches the victim, before also leaving.

The incident lasted less than 20 seconds in full view of passersby, who did nothing.