Hundreds of people gathered to pay their last respects to the late Gavin Watson in Port Elizabeth on September 3 2019.

The details surrounding the death of former Bosasa boss Gavin Watson was filled with gaps, Jacob Zuma told mourners in Port Elizabeth on Tuesday, which the former president said had left him concerned.

Zuma was one of the speakers at the funeral at the Feather Market Hall.

"The report that the family gave me had gaps and that worried me. I sincerely hope there will be an explanation" Zuma said.

"I sincerely hope that Comrade Gavin's death is not going to be counted among [the] mysterious."

Zuma described Watson as a true Comrade who understood the need to build South Africa.

"Here lies a true democrat. This was our brother. Your work has been done and we are now looking to the next generation because there is still a long way to go," he said.

"It's not good to feel that we are not safe in our own country. These are matters that need leaders to make us feel safe," Zuma said.

Zuma says he hopes after the investigation a report on #GavinWatson's death will come and clear the confusion. #GavinWatsonFuneral

During the tributes, the funeral was characterised by struggle songs between the various speakers.

Addressing the mourners, Watson's younger brother, Valence, said it made no sense that Nelson Mandela Bay was not being run by the ANC.

"During the discussions around the funeral there was a big push to have the funeral in Johannesburg because that is where most of his family is. But [Watson's wife] Leigh-Ann said the funeral had to be here (in Port Elizabeth) and so it is," Valence said. 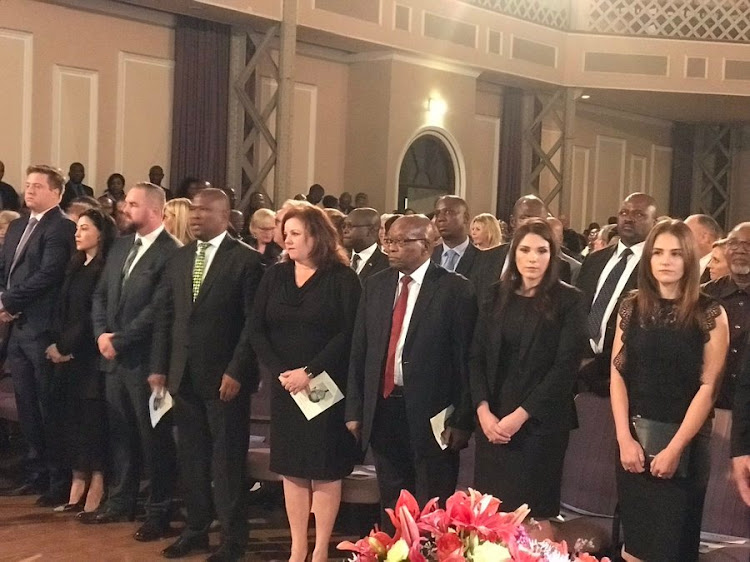 Eastern Cape premier Oscar Mabuyane said Watson's named would be remembered for making a significant contribution to the province.

"I wish Gavin had left us having cleared his name at the Zondo commission," Mabuyane said.

He also used the opportunity to speak about violence against women.

Mabuyane said Watson would have condemned the recent killings, including that of Uyinene Mrwetyana, a University of Cape Town student who was brutally murdered on August 24.

"Comrade Gavin would want us to say enough is enough and to say that we cannot go on like this," he said.

Hundreds of mourners, including ANC supporters, fill up the venue for Gavin Watson's funeral.
News
1 year ago

Claims about Gavin Watson’s alleged “missing millions” resurfaced this week, a day after the Bosasa boss was killed in a car crash near the OR Tambo ...
News
1 year ago