'Everyone felt safe and happy until the last moment': Heartbroken husband of Melville shooting victim 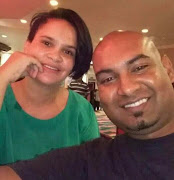 The husband of one of the victims of the New Year’s Day shooting in Melville, Johannesburg, is reeling from the loss.

It was a tragic start of the year when eight people were shot at a restaurant. Two were declared dead on the scene, while six were taken to nearby hospitals - two of them in a critical condition.

Sherwin Basdew, 36, had just moved with his wife, Samantha Daniels-Basdew, 27, and their two children to Joburg in mid-December.

The couple met nine years ago and had been married for about three years. They lived mostly in KwaZulu-Natal until Sherwin got his new job in Gauteng.

Recounting the events of New Year's Eve, Sherwin told TimesLIVE: “There was an altercation just outside the restaurant like 30 minutes before the shooting. It was nothing hectic, just one of those childish fights. We were all just having fun.

"I told my wife I was going to the bathroom. I was there less than five minutes. I came back to a chaotic situation and bodies on the floor. I saw my wife fighting for her life. I didn’t know what to make of it - or feel. She was lying in a pool of blood, bruised and fighting to stay alive.

"I don’t know if the [earlier] fight had anything to do with the shooting."

He said he feels lost since the incident. "I have no direction now. I don’t know what I’m going to do. I’m gonna miss everything about her. She’s been the centre of my life. I wasn’t expecting any of this to happen.

"My uncle, who had taken us out because we’re from out of town, is also hospitalised, but he is getting better. He just wanted us to have a good time and show us around.”

Sherwin remembers Samantha as a dedicated family woman who loved dogs. “She loved animals, but mostly loved her family and gave us her all. We were important to her.

"Now I’m in this strange town without her.”

He said they had met the other victim who died on the scene at the #Melville eatery Poppy's that night. “We had a casual chat with them as they were sitting outside too. She had come to the birthday of her friend with an 11-year-old kid.

"It was a good time, supper was lovely and everyone felt safe and happy - until the last moment.” 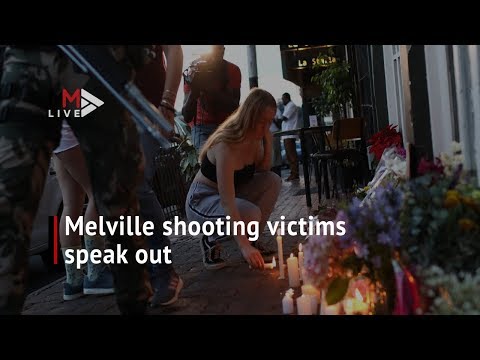