SA has secured 30 million Johnson & Johnson one-shot Covid-19 vaccines for use in the country.

This is according to President Cyril Ramaphosa, who made the announcement on Monday during an oversight visit to the Aspen Pharmacare sterile manufacturing facility in Gqeberha, Eastern Cape.

Ramaphosa said the vaccines will be manufactured by Aspen Pharmacare, with production already under way.

He said from April, South Africans will see an acceleration in the rollout of vaccines throughout the country

Ramaphosa said the Aspen plant will produce 250 million doses in total and 220 million will be spread throughout the continent.

“Part of the reason we came here is to confirm that we are going to get our 30 million vaccines from Johnson & Johnson,” said Ramaphosa.

“As you well know, we’ve got a multi-supplier system of acquiring vaccines, Johnson & Johnson is one of those that we’re buying vaccines from and there are a number of others,” he added.

Target to vaccinate 40 million people still on the cards

He said the target was to vaccinate 40 million people before the end of the year and despite delays, the country was still on track with its rollout.

Ramaphosa acknowledged the country was in phase 1 of the vaccine rollout strategy.

“Government is committed to making all efforts to ensure that vaccines are available for our health workers, and in later phases for our citizens,” he said.

“From here on we are going to catch up on lost time, momentum is going to pick up, and we should be able to meet the targets we have spoken about. This is the beginning of a new era and phase of the rollout of the vaccines and the saving the lives of our people.” 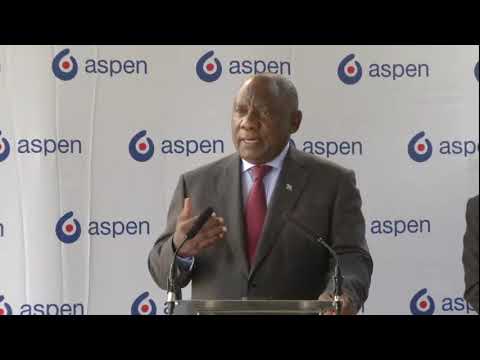 Ramaphosa said that the slow pace of the country’s rollout can be attributed to the lack of availability of vaccines globally.

He said the problem was not only unique to SA but other countries in Europe as well as Japan.

“We acquired vaccines initially from India, and through scientific processes, we found that they were not efficacious on the variant we have had.

“We were the very first in the world to use the Johnson and Johnson vaccines and they are being used to vaccine our health-care workers,” he said.

According to health minister Zweli Mkhize, at least 200,000 South Africans will be vaccinated a day from mid-May.

Speaking to Sunday Times, Mkhize said the government has set up 2,000 centres where the doses will be administered.

“During the mass vaccination phases we will need to be targeting about 200,000 [people] per day nationally, with variations across provinces because of the differing concentrations of populations. We will be grouping and defining vaccination sites as small, medium and large.”