Image: Supplied Nkcubeko Balani was run over by a car on April 6 2019. More than three years later, the culpable homicide trial is yet to start.

A Cape Town family has expressed disappointment over the delay in the start of a culpable homicide trial involving a KZN Midlands man who is accused of running over Nkcubeko Balani on April 6 2019.

The trial was supposed to have started in the Pietermaritzburg regional court on Wednesday.

Fifty-two-year-old Shaun Patrick Cooke of Nottingham Road is charged with culpable homicide after an accident on the R103, where the state is alleging that Cooke was under the influence of alcohol. He is out on bail. Cooke’s lawyer had cited an outstanding psychiatric report for the delay.

According to an accident report seen by TimesLIVE, it appears that Cooke veered into oncoming traffic and then crashed his Toyota Fortuner into 23-year-old Balani, who was on foot.

The Balani family said it was disappointing the matter had hit another snag after three years. Eyewitnesses who were scheduled to testify were also present at the court. The trial had been set down for three days. 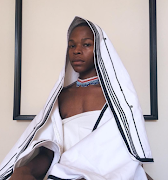 Image: Supplied Nkcubeko Balani has been described by a friend as an 'amazing, gentle soul'.

Balani, who was a third-year Rhodes University student, died at the Life Hilton hospital. He had been attending an art workshop which coincided with the varsity’s Easter holiday break.

The single mother of three said she had made immense sacrifices to ensure her son received the best education.

“He had no sponsorship. I had to dig deep to fund his studies,” she said.

She said it was puzzling that Cooke was charged with culpable homicide instead of murder, alleging he had been well over the alcohol consumption limit when the accident occurred.

She said she had gone to great lengths trying to seek recourse.

“I was hoping we would see the start of the trial and finality.”

Balani said her family's lives had taken a turn for the worse since her son's passing.

“This was my first-born, who was loved by the whole family and his younger siblings. My son’s untimely death has taken a heavy toll on my second born, who is still shattered by a life cut short.”

Long-time friend Nomphumelelo Babeli said she was still gutted by her friend’s sudden death. She said the death had been agonising, as she was preparing for her graduation.

“In the build-up to Nkcubeko passing he had been very resourceful in helping me pick out my outfit. This was supposed to have been an exciting time for us,” said Babeli, describing Balani as a quiet, intelligent, kind person.

“He was just an amazing, gentle soul.”

The matter has been remanded to June 8.