IN QUOTES | Julius Malema's address: 'The EFF does not support the death penalty'

The EFF on Thursday held a press briefing during which party leader Julius Malema let the public in on the party's stance on the current rampant attacks on foreign nationals and gender-based violence.

Here's what he said:

“We cannot tell our sisters to fight their struggle when it is clear that a war has been waged against them.”

“We don't support death penalty. Anyone who supports the death penalty must give scientific evidence of where death penalty has succeeded in reducing crime. The legal system in SA is very expensive, you may be wrongfully accused and because you can't afford proper legal representation, you will be hanged.”

White people are the problem

We must fight the ANC

“The battle must be taken to the real people who control our lives, the ANC government and big businesses that has failed to make our economy grow, create jobs, defeat poverty and unemployment.”

“The killer of Nene was an employee of the post office and it is alleged that he had a criminal record and history of murder. A responsible government and employer should have known this.” 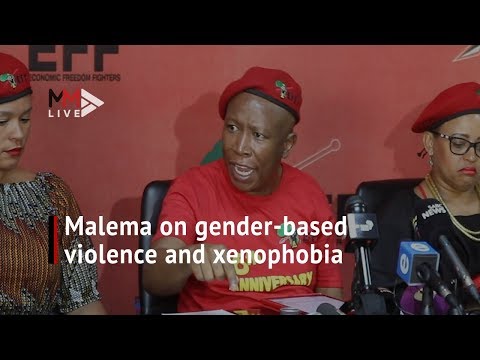