Jacob Zuma appeared at the state capture inquiry on Monday when his legal representative argued that the commission's chairperson, deputy chief justice Raymond Zondo, should self-reflect on comments he had made about Zuma when witnesses testified against the former president.

Zuma's team also made an application for Zondo to recuse himself as the inquiry's chairperson.

Image: Alaister Russell/The Sunday Times Former president Jacob Zuma speaks to a member of his legal team during proceedings at the commission of inquiry into state capture in Braamfontein, Johannesburg on November 16 2020.

Image: Alaister Russell/The Sunday Times Former president Jacob Zuma and an adviser discuss a point during the commission of inquiry into state capture hearings in Braamfontein, Johannesburg on November 16 2020. 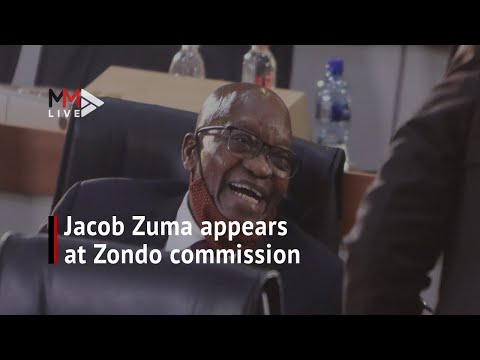