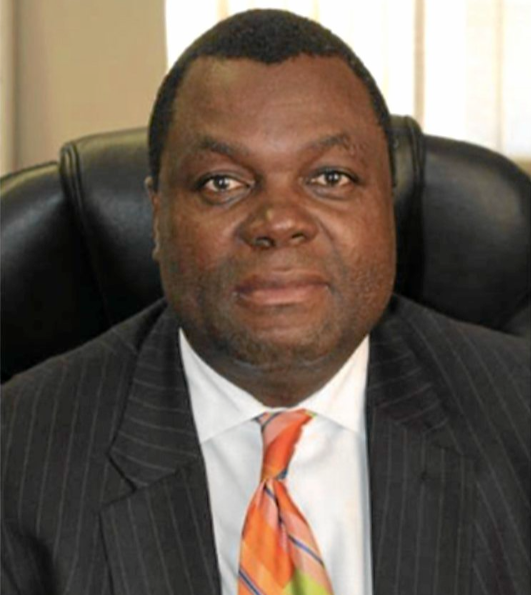 The labour court has dismissed, with costs, Mondli Gungubele's application to review and set aside an arbitration award by the General Public Service Sector Bargaining Council which ordered Sam Vukela's suspension be lifted.
Image: Supplied

Public works and infrastructure director-general Sam Vukela is believed to have returned to work after a two-year legal battle challenging his paid suspension.

TimesLIVE understands Vukela reported for duty on Monday for the first time since July 2020, when he was suspended by public works minister Patricia de Lille. This in connection with allegedly awarding irregular contracts for state funerals, including that of struggle stalwart Winnie Madikizela-Mandela.

His return comes a week after labour court judge André van Niekerk dismissed, with costs, minister in the presidency Mondli Gungubele’s application to review and set aside an arbitration award by the General Public Service Sector Bargaining Council.

The award ordered that Gungubele and De Lille lift Vukela’s suspension after it was found they committed an unlawful labour practice by suspending him and ordered his immediate return to work.

Gungubele sought to prevent Vukela’s return on the basis that it would erode public trust and confidence in the state and cause irreparable damage to the department.

Gungubele also argued the award by the bargaining council was irregular and said arbitrator Katlholo Wabile failed to consider concerns of serious wrongdoing by Vukela, which affected the trust relationship between employer and employee, and between him and his co-employees.

Van Niekerk, however, dismissed this, arguing all charges of misconduct against Vukela remained untested.

“In summary, in my view, the arbitrator did not commit any reviewable irregularity in the form of an error of law or otherwise. His conclusion meets the threshold of reasonableness,” he ruled.

It is unclear if Vukela’s return will be short-lived as Gungubele has not indicated whether he intends to appeal the ruling. His spokesperson Nonceba Mhlauli said: “The minister is still studying the judgment and will be properly briefed by the legal team.”

At the time of the suspension, he was also fingered in a report by the Public Service Commission (PSC), which investigated allegations of irregular appointments within the department's senior management service.

President Cyril Ramaphosa‚ whose prerogative it is to hire and fire DGs‚ gave De Lille the go-ahead to take action against Vukela. She placed him on precautionary suspension pending the finalisation of the disciplinary processes.

This prompted Vukela to seek a high court interdict to his pending disciplinary inquiry, alleging the process would not be fair if overseen by De Lille. The court ruled in his favour.

Gungubele has argued there was a brazen attempt by Vukela to avoid a disciplinary hearing when he approached the bargaining council.

The court, however, ruled that “this assertion is not consistent with the facts”.

Vukela's representative, Faheem Kaka, previously told TimesLIVE the labour court judgment vindicated Vukela and was a vote of confidence in the country's judiciary.

Minister in the presidency Mondli Gungubele has told MPs in parliament he intends to challenge a ruling in favour of suspended public works ...
Politics
2 months ago

Minister in the presidency Mondli Gungubele is adamant that suspended public works director-general Sam Vukela should not return to work as this will ...
Politics
3 months ago