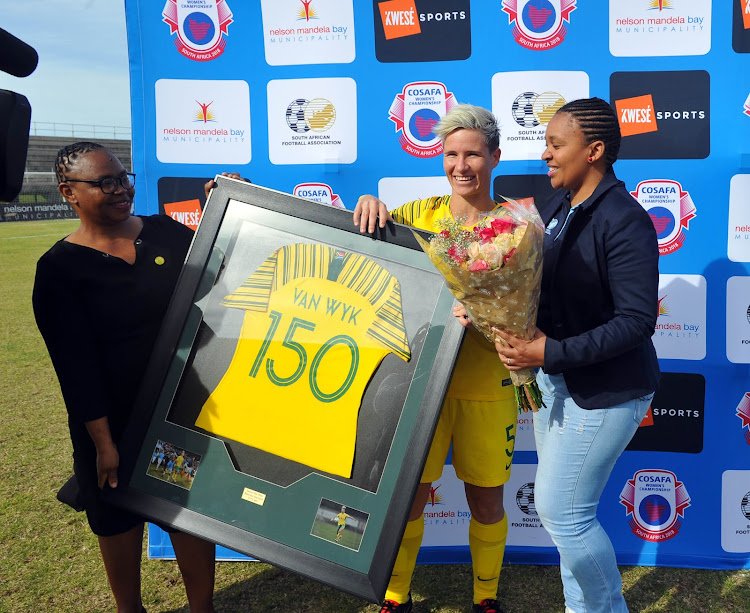 Banyana Banyana veteran Janine van Wyk made her 150th international appearance when the national women's soccer team crushed Malawi 6-0 in their final Group A match at the 2018 Cosafa Women's Championship on Monday.

The former Banyana captain became the most capped SA football in both men's and women's football.

She also became the most capped African women footballer ever when she reached the landmark.

Banyana Banyana stalwart Janine van Wyk will made her 150th international appearance when the side beat Malawi in their final Group A game at the 2018 COSAFA Women’s Championship on Monday. Van Wyk is already the most capped South African footballer in both men’s and women’s football‚ but reached the new milestone as she kicked-off what she hopes will be a massive 12 months with qualification for the 2019 FIFA Women’s World Cup on the line.

Janine van Wyk on the brink of reaching continental milestone

Banyana Banyana stalwart Janine van Wyk will make her 150th international appearance when the side tackle Malawi in their final Group A game at the ...
Sport
3 years ago