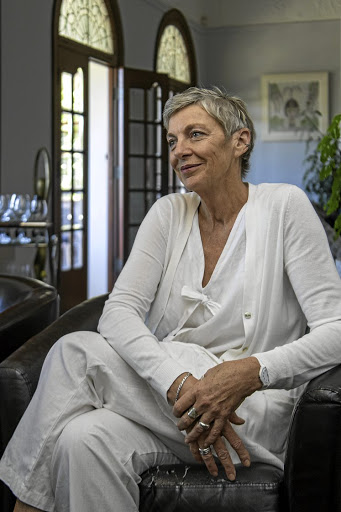 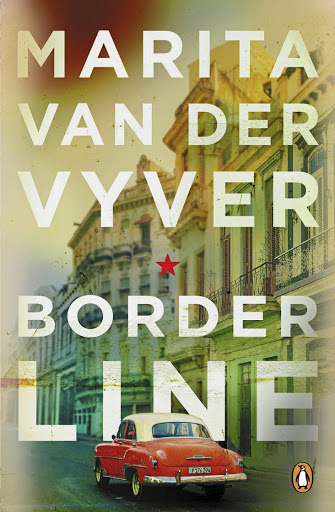 'I've never had such an emotional reaction to a book," says Marita van der Vyver, settling into a chair at her guesthouse. "Not since Griet. Then I had hate mail and people attacking me - I was a harlot!"

She chuckles, remembering the publication of her ground-breaking debut, Griet skryf 'n sprokie in 1992. Translated into English as Entertaining Angels, it was a sexy and provocative tale of womanhood that went on to win a number of prizes and to be translated into a dozen languages.

It was the start of a flourishing career and to date she has produced dozens of children's and Young Adult books as well as novels, short stories and columns, scripts and a couple of French-inspired cookbooks. She is one of the country's best-loved authors.

Still, she says, she wasn't prepared for the response to her latest novel, Borderline.

"I've had this violent reaction from people who haven't even read the book, just because I've dared to question the border war. I've had people crying at the launches."

Borderline - or Grensgeval in Afrikaans - is the story of a middle-aged woman called Theresa. When her long-estranged ex-husband Theo dies, she finds among his belongings a diary and an unopened letter. The diary chronicles his time in the army, when he was sent in secret to Angola. Whatever happened there had tipped Theo into madness and he spent the last two decades of his life in an institution.

Theresa realises that the letter, with a faint stain of blood, is from a Cuban soldier, Angel, and seems to be addressed to his infant child. Why did Theo have the letter? And is the child still alive?

The South African border war had been on Van der Vyver's mind for some years.

"I had a boyfriend at varsity who was a parabat and almost lost his leg. There's a lot of personal stuff that has to do with why I have a fascination and horror about what happened there," she says.

She was haunted by questions about South African involvement in Angola, and also the Cuban factor.

"I thought who has looked at them? They were just as brainwashed as the young South African conscripts."

When she started researching the book she talked to her male friends. "We've never spoken about this stuff. I said I want to understand your experience and time and again they were relieved to talk about it, to get it out. They didn't talk to their wives and girlfriends at the time, and now they think their children aren't interested."

Van der Vyver frames the novel as a quest, sending Theresa off from Cape Town to Cuba in the hope of finding the letter's recipient. It is one way of laying Theo's troubled spirit to rest.

She travelled to Cuba herself, staying only a couple of weeks so as not to get too used to it. The country is, she says, overwhelming, and though she thinks it is charming she doesn't shy away from its difficulties.

Theresa befriends a group of local people to help her track down Angel's daughter and she is happily drawn into their world, but she notes, for instance, that beef is only available to foreigners as all the cattle in the country belong to the government.

"It's a fucked-up place," says one character, "but other countries are fucked up in other ways."

Now, says Van der Vyver, the situation there is even worse. With Trump in the White House there are food shortages and widespread hunger. Those who can hold down three or four jobs while elderly members of the family queue all day for food. It is reverting to what is known as "The Special Period" in Cuban history, a time of economic crisis that began in 1991 after the collapse of the Soviet Union.

Towards the end of the book Theresa visits the Garden of Remembrance in Tshwane, where the names of more than 2,000 Cuban soldiers are engraved along with some 80,000 heroes from South African history. She notes with sadness that the soldiers of the "Old South Africa" who died in the border war have not been granted a place on the wall.

"The conscripts who had been too young to know what they were doing, the brainwashed cannon fodder exploited by the government and the generals to retain power on the southernmost tip of Africa."

No wonder there is such an emotional response from some of the audience at her launches. No wonder, Van der Vyver says, that at first they attack her for writing about the war.

"I make them see that I'm not pointing fingers at anyone. I've realised that the scars are a lifelong condition," she says. @michelemagwood