Chrissy Teigen on Twitter lessons: 'It makes you think about the impact of things you say' 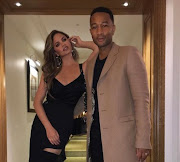 Chrissy Teigen has taken to Twitter to have an open dialogue with author Alison Roman who criticised her and then later apologised.

Roman apologised and said her words showed her own insecurities, something she needs to work on.

Teigen said she did not expect an apology and if that's how the author felt, she should not say sorry.

She also took a step back to evaluate how much she has grown on social media, explaining that she had to realise her words and actions have an impact. This meant that she had to stop using the platform to spew whatever came to mind, and even though she may have the thoughts, she had to consider the effect it may have.

I often comment about how I wish I could get away with what I used to, now, but the truth is, I don’t. I’ve learned a fuckton from my years being watched (& read) and I can really say it makes you a better person! It makes u think about the impact of what u say/who it might hurt

And honestly, for the past few days, every time I saw a shallot I wanted to cry, but I do appreciate this and hopefully we can all be better and learn from the dumb shit we have all said and done.

Eventually, I realized that once the relatable “snarky girl who didn’t care” became a pretty successful cookbook author and had more power in the industry, I couldn’t just say whatever the fuck I wanted. The more we grow, the more we get those wakeup calls.