Sandwich #FoodPorn is the best trend since sliced bread

The food item that has been stealing our hearts and blowing up Instagram feeds recently is the humble sandwich. From soft and pillowy Japanese shokupan sandos to crispy ooey-gooey toasties, they are everywhere 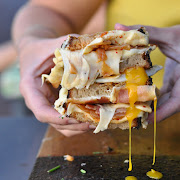 What exactly constitutes a sandwich? According to Merriam-Webster it is “two or more slices of bread or a split roll having a filling in between” but, for now, let’s stick to foods made with flat slices of bread. Basically everything - except baos, gatsbys, kotas, dogs, bagels and burgers …

Chang shares his love of them in episode 37 of his podcast The Dave Chang Show. “When I went to Tokyo for the first time with [late celebrity chef Anthony] Bourdain, I told him how much I loved the Japanese egg salad sandwich and, almost across the board, egg salad sandwiches are about 200 yen, it’s a little over two bucks, and it’s tremendous.”

These neatly composed, prepackaged sandwiches, with fillings such as egg salad or potato salad on Japanese milk bread, have grown a cult following the world over.

We have our very own line-up of sandwich superstars here in South Africa. Giles Edwards from Le Tête’s deep-fried fish sandwich is probably one of the most Instagrammed in SA. The “kimcheese toastie” from Jason’s Bakery in Cape Town is also a strong contender. It is made with house kimchi, emmental cheese, mozzarella and parma-style ham, topped with a happy fried egg, on their 66% sourdough rye.

Image: Chips!/Alix-rose Cowie Smash the patriarchy with this stacked powerhouse from Khanya Mzongwana

Up north in Gauteng, Khanya Mzongwana, a chef who uses food as activism and to promote mental health, is well known for making a mean sandwich. She calls her cheddar cheese, egg, mayo and kimchi sandwich “fuel to fight the patriarchy”.

Fournos have been serving some of Joburg’s best toasted cheeses for years and, if consistency and value for money is what you’re after, this is the place to go. So is Post in Braamfontein, known for their value-for-money-with-a-great-reputation toasted cheese.

If the food reference of all references, Bon Appétit magazine, is right, this is only the start of many more Japanese-inspired sandwiches on local menus. They reckon no buzzy restaurant opens these days without a katsu sando on the menu.

Your go-to school lunch snack was named after John Montagu, 4th Earl of Sandwich, an 18th-century English aristocrat.  He often ordered his valet to bring him meat ‘tucked between two pieces of bread’ and others began to order "the same as Sandwich".

In case you’re not reading restaurant menus and food Instagrams all day, every day, katsu is short for “katsuretsu” which means “cutlet” in Japanese, and “sando” is short for “sandwich”. The katsu sando is a thing of beauty: two slices of the softest, milkiest shokupan (milk bread), with a thick cutlet of crispy crumbed meat in between.

Sometimes there’s a little raw cabbage salad stuffed in there as well. The design of the katsu sando is as considered and thoughtful as most other things in Japan – the shokupan is there to protect the roof of your mouth from the hot meat and coarse crumbs.

Although there is definitely and always a place for the classic toasted cheese, watch out for more Japanese milk bread sandwiches on a menu (and Instagram feed) near you. 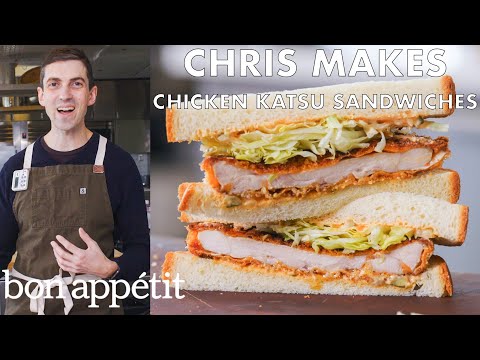