Why Tumi Morake's radio award nod is a big deal 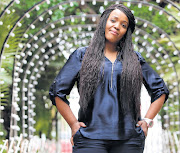 Don't get it twisted, Tumi Morake's nomination for a Liberty Radio Award is a big deal for the culture and should be celebrated.

The nod comes a week and a half after the comedian left the station for greener pastures and other opportunities.

While her haters thought her resignation had closed not just a chapter but the whole book on her radio career at the station, the nomination shows that not everyone was rolling their eyes and muttering under their breath at the station's decision to hire her, and stand by her when the going got tough.

It also showed that she beat the odds in a really hostile environment. Two months after Tumi joined the station she was hauled to the BCCSA after she stood her ground during a debate about Steve Hofmeyr, and for comments she made about Apartheid.

During the debacle Tumi revealed that ever since she joined the station she was subjected to racial slurs.

Jacaranda FM stood by Tumi during the ordeal but it didn't stop trolls from harassing her online. She was later cleared of hate speech accusations by the BCCSA.

And, even though she stood tall during the challenges she faced...the nod gives her even more reason to.

We made memories, learnt lessons and grew. What an honor, 2 nominations for Breakfast With Martin Bester and Tumi Morake at the #LibertyRadioAwards S/O @LieslLaurie @GerdaDS @Elmakapelma et al. pic.twitter.com/3M1kqGqHPE

Now can someone please stop the awards and give her the award already?