Amafluit & amaGusheshe filled the air as Soweto bid farewell to one of its own. 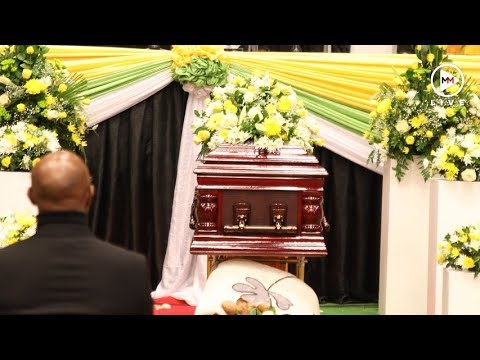 ProKid's family, friends and fans found themselves caught between overwhelming sadness and a sense of celebration for a life well lived at the final send-off of 'Soweto's Number One Boy', Linda "ProKid" Mkhize.

The UJ Soweto Campus was filled to capacity on Sunday as people came to say their final goodbyes to ProKid, who died on August 8 after having a severe seizure.

For the most part, despite their best efforts to elevate the mood in song, Pro's friends, family and fans' faces showed sadness and deep hurt whenever it hit them that Pro was really gone.

At 37 years old, Pro was relatively young and many of the speakers spoke about how much he had achieved and how much more they believed he still had to give.

Slikour made the congregation understand the void Pro was leaving in the hip-hop industry, he was the guy who finally made South Africans what this "hip hop thing" was all about.

... Pro took the underground cypher and hip hop culture and made us understand it, here at home#ProkidFuneral pic.twitter.com/ju5i5f7v5y

"ProKid did it. He shifted culture and changed the game. May he rest in peace. "#ProkidFuneral pic.twitter.com/yJgejVT5va

LIVING IN A WORLD WITHOUT PROKID

There was no dry eye in the hall as letters from Pro's closest people including his wife Ayanda and siblings were read.

ProKid's three-year-old daughter, Nonkanyezi ran around the hall greeting familiar faces and members of the press...oblivious and protected by her innocence from the grief surrounding her.

Ayanda had to be consoled by family members as she broke down at Pro's gravesite.

CELEBRATING THE NUMBER ONE SOWETO BOY, IN TRUE SOWETO STYLE

MEC Faith Mazibuko shook the sombre occasion and had every mourner in the hall on their feet when she asked the DJ to do the right thing and blast ProKid's hit track, Sekele.

The MEC seemed to echo the sense of celebration in the hearts of the people of Soweto as they sang the lyrics word for word and danced like Pro would have wanted them too.

PROKID'S FINAL SEND-OFF, WAS ONE FIT FOR A HERO.