Image: Supplied Actress Altovise Lawrence seen here on set for the Hollywood romcom The Other Side.

Altovise Lawrence is one of the best talents Mzansi has to offer and her track record overseas speaks for itself. But as she continues to build her legacy she reflects on one of the major differences between Hollywood and the local acting industry.

Altovise said that it might seem a spicy comment, but the biggest differences between the two industries was the treatment of talent.

"It's honestly being made to feel like an actor. Like, if I don't understand something and I tell them, we are not going to shoot until the actor understands. I love the fact the director would say 'no, stand down' (until we all on the same page).

"They are so open to exploring and making you feel comfortable that it is easier to do your job. I love the way they nurture their actors because an unhappy actor is essentially a bad actor for them. Actors are handled with so much care and respect and that for me was amazing," she told TshisaLIVE.

Altovise said one of the most impressive aspects of working in Hollywood as a South African actress was Americans' passion to learn about her African roots.

"They were so interested or intrigued by my Africanness that it became a beautiful exchange between the two worlds. It was that learning that made the transition [into Hollywood world of acting] much easier. The fact that they were hungry for me to be me really rooted me in my South Africanness."

Altovise, who has been doing more commercials these days, said she's hoping to bag another acting gig soon because even though she's done well, she's not where she wants to be yet.

In The Other Side Altovise stars as Kiya, a wildly outspoken novelist and lesbian who shows up as maid of honour at a friend's wedding, provoking immediate animosity from the bridegroom.

In an interview with the Sunday Times, Altovise said she was excited about the film.

"I'm excited and a bit scared, as this was my first big American project as an actor from SA. And I'm just a bit nervous about how it will be received. I just hope the message translates," she said.

Watch the trailer of the romcom below: 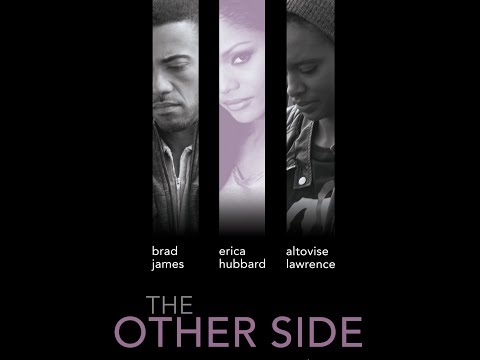