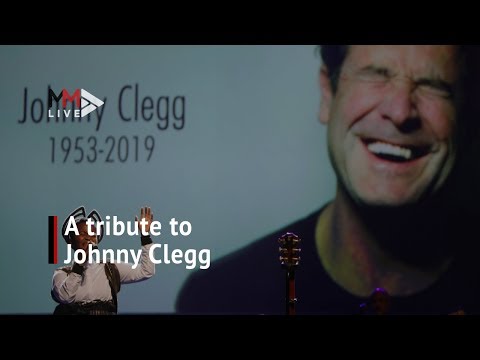 Family, friends and fans of late musician Johnny Clegg gathered at The Sandton Convention centre to pay tribute to the icon who died last week aged 66.

The Impi hitmaker died on July 16 after a five-year battle with pancreatic cancer and was laid to rest on July 17 after a private funeral.

However, the public joined his family and friends on Friday to celebrate his life.

The memorial service had a brief program that was lead by John Kani, who was the MC of the day. It featured heartfelt speeches from people like Sipho Mchunu, Max du Preez and Clegg's son Jesse.

There were beautiful performances by Soweto Gospel Choir, Zolani Mahola and Sipho Mchunu.

Here are some moments from the memorial.