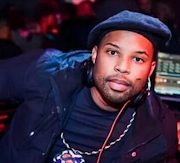 Image: Via Twitter Twitter claps back at SIzwe Dhlomo for claiming he has influence over SA rappers.

Social media personality Sizwe Dhlomo was dragged on Twitter this week after claiming he has influenced SA rappers and the streets are a mess!

When you’re up late night with the screen glowing on your face and scrolling through the TL, there is always that one tweet that makes you laugh out loud. Like actual laughing, not just that amused reaction where you let air out of your nose.

TL pot-stirrer Sizwe's tweets often elicit that kind of reaction from fans. Just last week Twitter had a field day when Sizwe tried to shoot his shot with Rihanna in a now-deleted tweet.

Lol! I am the truest... Name a rapper that I ain’t influenced... https://t.co/DJ4LnoJArJ

This time, the star opened up about his self-proclaimed influence and power in the SA hip hop scene.

After a fan said that the Kaya FM host is very quiet about his life, Sizwe replied about his silent moves and his apparent influence.

“Lol! I am the truest ... Name a rapper that I ain’t influenced,” said Sizwe.

Tweeps were quick to troll the star by giving him stinging answers in the form of clapbacks.

But what are you trying to say about rappers in S.A? Lyric or not pic.twitter.com/MLY7VwA89V