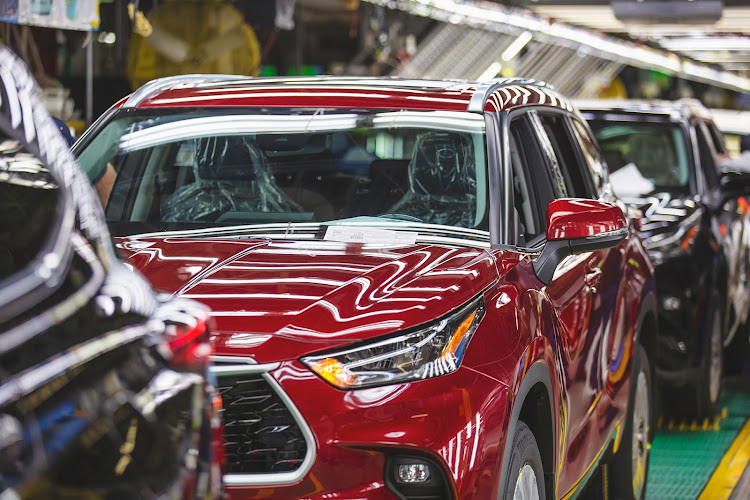 Toyota plans to reduce global production for September by 40% from its previous plan due to the worldwide shortage of semiconductors.
Image: Supplied

Toyota Motor Corp will slash global production for September by 40% from its previous plan, the company said on Thursday, becoming the last major automaker to cut output due to critical shortages of semiconductors.

The world's largest automaker by sales volumes has fared better than rivals, having built a larger stockpile of chips under a business continuity plan adopted after the 2011 earthquake and the Fukushima nuclear disaster. But a resurgence in Covid-19 cases across Asia has compounded the semiconductor crunch.

A Toyota executive said the September cuts included 14 factories in Japan and overseas plants, and that it was reducing its planned global production that month by around 360,000 vehicles.

Toyota shares closed down 4.4% in their biggest daily drop since December 2018, pulling the benchmark Nikkei average to a seven-month low.

Toyota said this month it was facing an unpredictable business environment due to fresh Covid-19 cases in emerging economies, the semiconductor shortage and soaring material prices.

The carmaker had already halted assembly lines at some Japanese factories between late July and early August, including its Tahara plant, due to a surge in infections in Vietnam which had constrained the supply of parts, the Nikkei reported earlier.

A person familiar with the matter told Reuters this month that Toyota had also suspended production at one assembly line in Guangzhou, China, which it operates with its Chinese joint-venture partner Guangzhou Automobile Group Co Ltd .

In Thailand too, Toyota suspended production last month at three factories due to a pandemic-related parts shortage.

Daimler AG has sold a factory in Brazil to China's Great Wall Motor Co Ltd for an undisclosed sum, the German car maker said on Wednesday, marking ...
Motoring
3 months ago

Fuel price outlooks are showing modest changes in all grades of fuel. This is according to the Automobile Association (AA) which was commenting on ...
Motoring
3 months ago

Tesla hopes to make the first cars at its "gigafactory" in Gruenheide, near Berlin, in October or soon afterwards, CEO Elon Musk said on Friday
Motoring
3 months ago