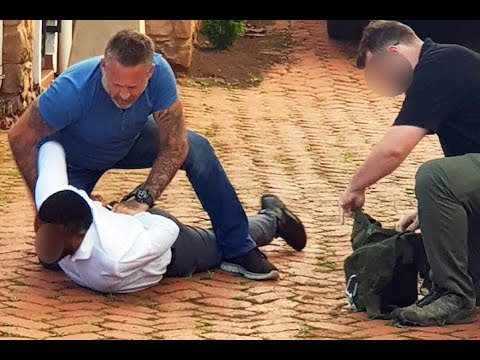 Magistrate Mohamed Motala barred photographers from taking footage of Ntuli as doing so could jeopardise further investigation into the case.

Ntuli faces a raft of charges‚ including murder‚ kidnapping‚ and reckless and negligent driving. He smiled as prosecutor Surekha Marimuthu addressed the court.

It emerged that the state had added as many as nine charges against Ntuli‚ who is to be held at Durban North police station until February 2. Several identification parades may still be held.

Additional counts had come from crimes he is alleged to have committed across the province. The man‚ a well-known figure in the petro-chemical industry‚ was apprehended by private investigator Brad Nathanson on Wednesday. He has been in custody for five days.

Nathanson is understood to have been commissioned to investigate Lee's disappearance and murder by paternal family in Australia.

Lee had last been seen on January 4‚ outside a Durban North house that was operating as a brothel. While the search for her spanned the province‚ the charred remains of a woman were found in a sugarcane field in New Hanover two days later.

The charred remains were later positively identified as the 20-year-old by her relatives‚ although DNA tests to unequivocally identify her have not yet been completed by police.

In the wake of Nathanson’s swoop on the suspect’s Assagay home‚ west of Durban‚ police confirmed that a gun as well as the car understood to have been used in Lee’s alleged abduction had been recovered.