Hawks say that Mandrax and ecstasy tablets, ecstasy powder, cocaine powder, dagga and schedule 5 prescription drugs were found in a flat which was raided 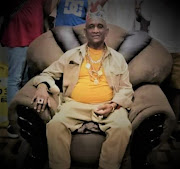 A clandestine operation by a number of specialised policing units led to the discovery of drugs worth more than R100,000 near the home of slain alleged drug kingpin Yaganathan Pillay, known as Teddy Mafia, on Wednesday morning.

TimesLIVE has learnt that members of the Hawks' tactical response unit and the national intervention unit from Pietermaritzburg, together with members of the Durban Flying Squad, swooped on a block of flats opposite Pillay's home on Taurus and Table Mountain streets in Shallcross, south of Durban, about 5am.

Drugs worth more than R100,000 were confiscated.

Hawks spokesperson Capt Simphiwe Mhlongo told TimesLIVE that one person was arrested after fleeing the scene. Mhlongo disputed reports that the homes of Pillay's family members had been raided. Pillay's brother Ronnie, 59, corroborated this, saying that none of his family's homes had been raided on Wednesday.

“A joint operation was conducted after Pietermaritzburg's Serious Organised Crime unit received information about drugs which were kept in three houses at Table Mountain Road in Shallcross area, Chatsworth. In one of the flats members found Mandrax tablets, ecstasy tablets, ecstasy powder, cocaine powder, dagga and schedule 5 prescription drugs. The street value of the seized drugs is about R100,000.”

Mhlongo said while members were conducting the search on the premises they received information of a man who was in possession of drugs at a Table Mountain flat.

“Members proceeded to the said flat and on arrival noticed a male running away from the flat. He was chased and arrested. The 43-year-old suspect was found in possession of 28 heroine capsules and one Mandrax tablet. He is expected to appear in the Chatsworth magistrate's court on Thursday.”

Teddy Mafia was gunned down on Monday last week, setting in motion a sequence of gory events which saw his two alleged attackers shot, decapitated and burnt in full view of the public.

Police spokesperson Brig Jay Naicker said members of the KwaZulu-Natal organised crime unit have taken over investigations into Pillay's murder, and that his alleged attackers were yet to be identified.

The Hawks in KZN swooped on a block of flats opposite the home of suspected drug kingpin #TeddyMafia on Wednesday morning. More than R100k worth of drugs were discovered. The hawks disputed that the homes of #TeddyMafia(s) family members were raided. @TimesLIVE pic.twitter.com/M0UFt7rQ2I

“The deceased in this matter have not been identified as the family do not know them personally. Members of the victim-identification section are working on identifying who they are and where they're from. No murder weapons have been seized and investigations are ongoing.”

Pillay was the eighth victim in string of callous killings in the area dating back a year, all related to an ongoing turf war over drug distribution and sales.

December 28 2019: Stanley “Curry” Pillay, 47, a department of correctional services prison warder and relative of Yaganathan is found dead in his bullet-riddled vehicle on Everest Street in Shallcross.

January 11 2020: Tarry Nuallan Samuel, who owned a tavern and tuck shop on the street Pillay lived on, is killed when gunmen enter his tavern and pump several rounds into the 49-year-old.

March 25 2020: Teddy Mafia's relative Joseph “Lucky” Anthony, 40, is shot dead in a drive-by shooting on Ridge Road in Malvern shortly before 9am. Anthony, who was driving, is declared dead at the scene. His passenger is injured and taken  to hospital.

March 25 2020: Strini “Gobbler” Naidoo, 25, is shot multiple times in his home on Klaarwater Road in Shallcross by an unknown gunman. He succumbs to his injuries in hospital the next day.

April 25 2020: Pregasen “Preggy” Govender is the victim of a drive-by shooting while travelling in his Jeep on Higginson Highway in Chatsworth. Surviving the ordeal, Govender alights from his vehicle and attempts to flee when the gunmen chase him down and finish the job in a nearby thicket at the roadside.

January 4 2021: Yaganathan “Teddy Mafia” Pillay is shot, allegedly by two men, during a business deal at his home. His alleged attackers are shot, beheaded and burnt in full view of the public and police, who are threatened by an angry mob.